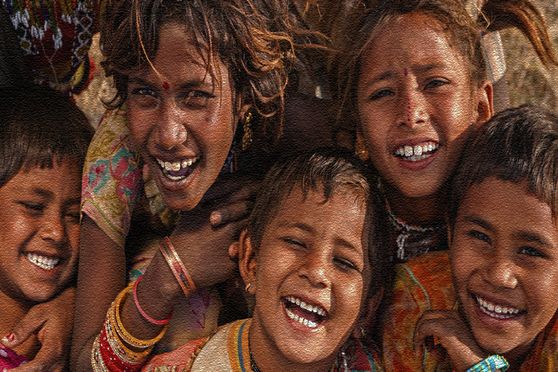 #RideToChange campaign was planned to help the girls by providing them with their own bicycles. Source: Website

BookMyShow’s charity initiative, BookASmile, ushered in the New Year by helping hundreds of girls take a leap towards educational equity. The #RideToChange campaign focused on providing girls with means of transport empowering them for a safe and successful future.

Educational inequity in India is a serious problem that the country continues to struggle with. As per the 2001 census, the gap between the literacy rate of male and female students is 21.6%. This gap is higher in rural areas as well as among low-income families. There are several factors that play a role in depriving the Indian girl child of proper education.

West Bengal chief minister Mamata Banerjee had launched the Sabooj Sathi campaign for girl students in the state. More than 1 crore girls have received bicycles under the scheme since 2015.

Farzana Cama Balpande, Head of BookASmile said, “Till date, access to education for the girl child remains a challenge, making it a distant reality for many girls across the country.”

The leading entertainment destination’s charitable wing identified the struggle of the girls in Alibaug taluka of Maharashtra. While Alibaug is a top tourist destination in Maharashtra, the condition of public transport in the taluk remains patchy. Students have to travel five to six kilometres to reach their nearest schools. The long commute, along with pressure to contribute to household chores, force many girls to drop out of school.

#RideToChange campaign was planned to help the girls by providing them with their own bicycles. This Bicycle Pledge involved giving 500 bicycles to the girls in various villages of Alibaug taluk.

To make the vision of the #RideToChange campaign a reality, BookASmile is associated with the Centre for Transforming India (CFTI). With the help of the on-ground NGO, BookASmile was able to distribute the 500 bicycles to the girls in the Alibaug taluk. The coastal Maharashtra villages where the girls received the vehicles are Beloshi, Kurul, Kurdus, Kusumbale, Phansapur, Shreegaon and Waghode.

Having initiated the pledge on International Women’s Day, March 8, 2021, the joint effort was completed by December 2021.

“As the country gradually recovers from the pandemic with schools slowly opening their doors to students, we are delighted to have partnered with Centre for Transforming India (CFTI) and support the provision and delivery of bicycles to 500 young girls across Maharashtra to encourage them to pursue their dreams, without restrictions. Through the #RideToChange initiative, we hope to create a positive impact in the lives of young girls and help them unlock their potential,” Balpande added.

How does BookASmile do it?

Since its beginnings in 2007, BookMyShow has become the country’s go-to entertainment booking destination. The company started its BookASmile initiative in 2014 with the goal of addressing social causes in India.

Scholarships For Students: Check Out The Eligibility Criteria and Other Details

IELTS 101: How To Ace Your Band Score

Scholarships For Students: Check Out The Eligibility Criteria and Other Details