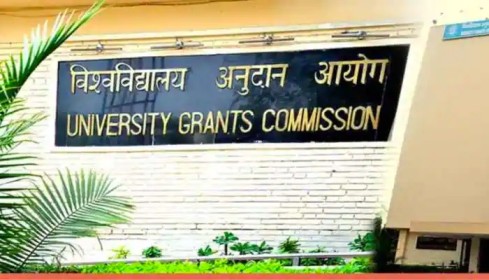 Advertisement
Summary
The NTA has clearly denied the allegations regarding the leakage of question paper of the History Exam
Earlier due to unforeseen circumstances, the phase two exams got delayed

The National Testing Agency (NTA) has raised an alarm for UGC NET candidates against a fake tweet that has been doing rounds on social media for quite some time claiming that the History exam conducted on 10 October was leaked.

The warning reads, “This is to bring to the notice of the general public that a fake tweet and YouTube video is circulating on social media regarding leakage of History (06) paper Shift – II, UGC-NET December 2021 and June 2022 (Merged cycles) conducted on 10.10.2022.“

The NTA has clearly denied the allegations regarding the leakage of the question paper of the History Exam. “Further it is informed that the format circulating in social media is well after the conduct of the examination on 10.10.2022 and also it is not the same that was delivered to the candidates,” the notice adds.

Earlier due to unforeseen circumstances, the phase two exams got delayed. The exams were scheduled to be held on 12, 13 and 14 August but were later postponed to be conducted between 20 and 30 September 2022, involving 64 subjects (including Telugu and Marathi postponed due to the Government of Andhra Pradesh and Telangana having their own examinations on 9 July 2022 and 15 subjects in which the examination could not be conducted at seven centres on 9 July 2022 shift-1 due to technical glitches.