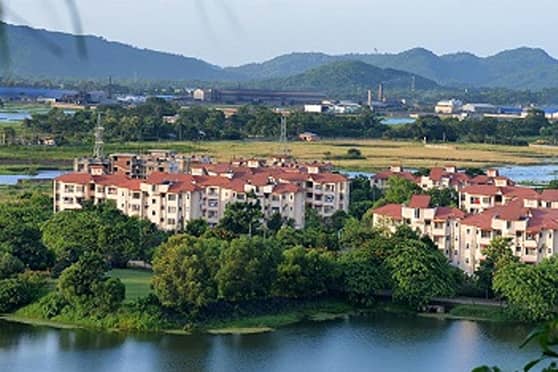 The institute is eager to hold versions of the Conclave in the upcoming years. Source: IIT Guwahati

Advertisement
Summary
Nine events were held under the banner of RIC-2022, including research presentations, start-up pitching and fundraising, panel discussions on topics of social, scientific relevance and immersive workshops
A select range of 25 speakers invited by different departments of the institute presented talks on pertinent issues and scientific advancements

Indian Institute of Technology Guwahati and IIT Guwahati Research Park jointly organised the first edition of ‘Research and Industrial Conclave (RIC) – Integration 2022, held from January 20-23. The Students’ Academic Board (SAB) under academic affairs was a key organiser on behalf of IIT Guwahati.

The chief guest for the ceremony was the renowned economist and Nobel laureate, Lars Peter Hansen who delivered an insightful lecture on the macroeconomic consequences of uncertain climate change.

A set of nine events were held under the banner of RIC-2022, including research presentations, start-up pitching and fundraising, panel discussions on topics of social and scientific relevance, and immersive workshops.

T.G Sitharam, director, IIT Guwahati, while inaugurating the event, highlighted the objectives of the first-ever Research and Industrial Conclave Integration 2022 and the steps taken by the institute to boost industrial interactions, entrepreneurship, research and innovations.

Speaking on the occasion, S.K Kakoty, deputy director, IIT Guwahati, pressed upon the need for a closer relationship between academia and industry. Eminent dignitaries including the dean of Academic Affairs, dean of Industrial Interactions and Special Initiatives (II&SI), the chairpersons of IIT Guwahati Technology Incubation Centre and SAB IITG, and the conveners of RIC 2022 all spoke briefly as well.

Five distinguished institute speakers engaged with the participants for the next three days, sharing collaborative problem-solving experiences from various industries.

The scientific event witnessed a spirited competition among over 400 young researchers from across the country, who presented their work in the oral, poster, and three-minute thesis formats. Nearly 50 competitors emerged as winners from diverse departments and specialisations and were awarded certificates and cash prizes worth Rs 1 lakh.

In addition, a select range of 25 speakers invited by different departments of the institute presented talks on pertinent issues and scientific advancements. The North East Center for Biological Sciences and Healthcare Engineering (www.iitg.ac.in/necbh), IIT Guwahati organised workshops on patent filing, research article writing, deep learning, and artificial intelligence by acclaimed experts from the respective fields were also part of the four-day endeavour.

Bhaskar Jyoti Phukan, director (Technical), Numaligarh Refinery Ltd, inaugurated the industrial vertical of the Conclave by virtual lighting of the lamp and talked on the need for innovation in green energy. The NewGen IEDC, IIT Guwahati organised a hackathon and panel discussions on the sector such as e-mobility, agriculture, healthcare, food technology and entrepreneurship.

The one-month entrepreneurship development programme that was organised as a pre-conclave by NewGen, IEDC, IIT Guwahati partnering IIT Guwahati Technology Incubation Center ended with a start-up pitching. As post conclave activity, the IndSol programme, which provides an opportunity for academicians and innovators to work on industrial problems will continue.

At the valedictory ceremony, Anupam Saikia - the first chairman of SAB - recollected the experience of organising the first research conclave in 2015.

RIC 2022 was a milestone in promoting interdisciplinary collaborations among multiple stakeholders of scientific progress, including researchers, industries, and government agencies and the institute is eager to hold versions of the Conclave in the upcoming years.