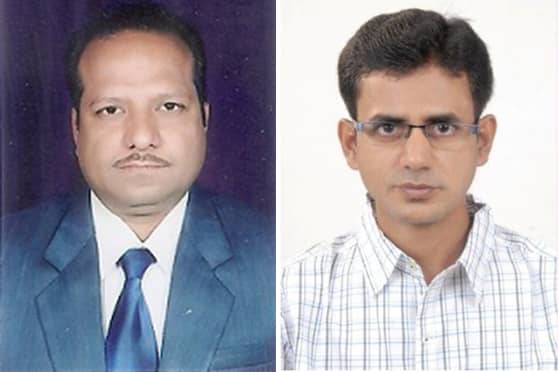 Two faculty members of the Civil Engineering department at the National Institute of Technology (NIT) Jamshedpur, Jharkhand, have contributed a chapter on Jharkhand to an e-book on geotechnical characteristics of soils and rocks of India.

The chapter written by Anil Kumar Choudhary and Awdhesh Kumar Choudhary is a part of a book titled ‘Geotechnical Characteristics of Soils and Rocks of India’ published by CRC Press London, Taylor and Francis Group.

“Chapter 16: Jharkhand broadly discusses the major soils and rocks present in the state of Jharkhand. As an aid, borehole data from selected areas of Jharkhand have been discussed to give a detailed idea about the properties of soil/rock and the existing water table. Also, the use of locally available soils and rocks for various construction activities accompanied by suitable ground improvement techniques has been discussed,” Anil Kumar Choudhary said.

Anil Kumar said one case study involving the use of fly ash and waste recycled products in the construction of an ash pond has been included in the chapter. “The effect of geo-environmental changes on existing soils and rocks, accompanied by innovative measures involving solid waste management for its revival, is reported,” he said.

The first edition of the 742-page book was published on December 31, 2021. It edited by Sanjay Kumar Shukla from the School of Engineering, Edith Cowan University, Perth, Australia.

The book presents the geotechnical details of geomaterials found in all the 36 states and union territories of India.

These details are useful for professionals dealing with mining, oil and gas projects, agricultural and aquaculture engineering projects. Though this book covers the Indian ground characteristics, it can be helpful to professionals of other countries with similar ground conditions and applications.