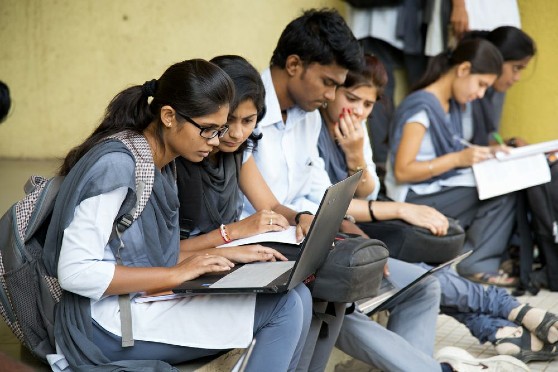 The student survey is undertaken every three years and was last conducted in 2017. Shutterstock

Advertisement
Summary
NAS to evaluate the competencies developed by students at the third, fifth and eighth grade levels
The survey is undertaken every three years and was last conducted in 2017

The National Achievement Survey (NAS) -- a nationwide survey conducted to evaluate the effectiveness of school education -- will be held on November 12, with over 38 lakh students participating from 1.23 lakh schools in 733 districts across the country.

The survey is undertaken every three years and was last conducted in 2017. It was scheduled to take place in 2020, but got postponed owing to the COVID-19 pandemic.

NAS assesses the competencies developed by students at the third, fifth and eighth grade levels. According to Ministry of Education (MoE) officials, the instrument development, finalisation of test items, testing and sampling of schools have already been done by NCERT.

However, the actual administration of the test in the sampled schools will be done by the Central Board of Secondary Education (CBSE) in collaboration with the respective states and union territories, the officials said. CBSE has constituted a National Steering Committee to conduct NAS.

The survey, which will cover government, government-aided as well as private schools, will help to assess the learning interruptions and new learnings during the pandemic and take remedial measures wherever needed.

Over 1.8 lakh field investigators, 1.23 lakh observers, 733 district level coordinators and district nodal officers as well as 36 state nodal officers in each state and UT have been appointed for smooth and fair conduct of the survey.

“1,500 board representatives have been appointed in the districts for monitoring overall functioning and ensuring fair conduct of the survey. All the personnel have been provided extensive training regarding their roles and responsibilities,” the senior official said.

“A portal has been launched to enable coordination with various key functionaries for smooth conduct of the survey. State and district report cards for both elementary and secondary levels will be released and placed in the public domain,” the official added.