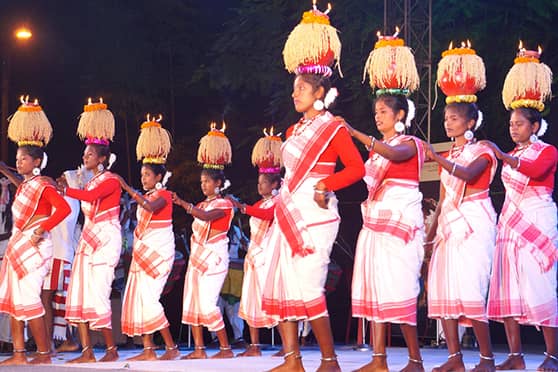 Members of the tribal community form at least 26% of Jharkhand’s total population of 3.29 crore, as per the 2011 Census. Source: Shutterstock

Jharkhand is set to get a first-of-its-kind State-run tribal research university of eastern India to facilitate research in the field of tribal culture, art and tradition. The varsity, which will be headquartered in Jamshedpur, will have its jurisdiction across the state and look into admissions of students from tribal as well as non-tribal communities.

The State Assembly recently gave its nod to the Pandit Raghunath Murmu Tribal University Bill 2021, which will pave the way for this varsity. Murmu was a tribal scholar who developed the script for the Santhali language, spoken widely in the north eastern region of the state and some parts of neighbouring West Bengal.

“The university will encourage research on tribal culture and traditions. The tribal community has survived major calamities and emerged victorious despite all odds. There is so much to learn about this community and its contribution to the society,” Jharkhand chief minister Hemant Soren said.

Members of the tribal community form at least 26% of Jharkhand’s total population of 3.29 crore, as per the 2011 Census. There are a total of 32 tribe groups in the state with each one of them having different customs, history, traditions and dialects. Many researchers have divided tribal groups in Jharkhand on the basis of their traditions and practices. Some tribe groups are formed by hunters and gatherers, some by farmers and some even by artisans.

The state already has a dedicated tribal research institute in Ranchi, the Ram Dayal Munda Tribal Research Institute, which offers courses on tribal research under Ranchi University. However, this facility has limited resources and infrastructure constraints.

Ranendra, the director of the institute and an IAS officer known for his research on the tribal community, appreciated the Jharkhand government’s effort for providing more opportunities in the field of tribal research.

“The university will certainly provide more opportunities for research on tribal culture, history and traditions. There is so much that is yet to be explored,” he said.