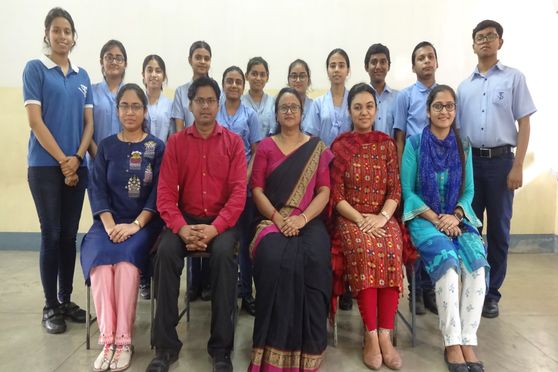 Q-Ki is played by teams that compete in interactive quizzes and imaginative practices aimed to emphasise on the need for building collective societal wellbeing.

This event was organised in partnership with the Jharkhand Youth Collective and supported by the Unicef Jharkhand.

A total of 36 teams from 18 organisations across Jharkhand participated at the regional level, out of which, only three teams made it to the grand finale held on April 30.

The contest was judged by a panel comprising Piyush Ghosh, co-founder, The Optimist Citizen and Dibya Mukund, South Asia head, Girls Not Brides, an international non-governmental organisation with the mission to end child marriage.

The event was also monitored by experts like Vidhi Mahanot, applied psychologist and founder of Counselling and Empowering.

The entire event was hosted by Souvik Saha, co- founder of People for Change and Ariba Naim, programme coordinator, ComMunity – The Youth Collective.

The competition was conducted in three rounds. In the first round, the teams were asked questions related to mental wellness and wellbeing. The second round was the ‘plutory’ round, where the teams were given a situation related to human issues and problems and they had to represent the same through a skit. The final round was the presentation round, where the teams had to present imaginative practices that could help solve the issue given to them in the second round.

The team from Pratigya was adjudged the winner of the competition, Tarapore School was declared the first runners-up and the team from Jharkhand Gramin Vikas Trust the second runners-up.