International Kolkata Book Fair postponed by a month, to now begin on Feb 28 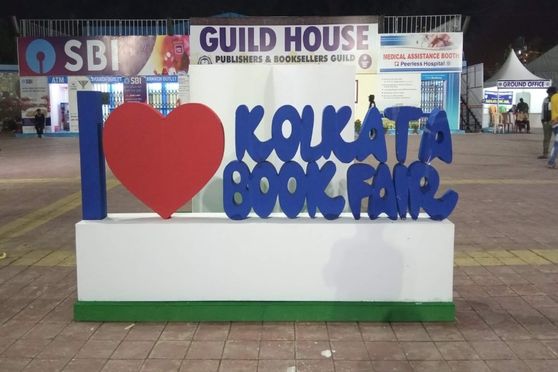 All the precautionary guidelines of the state government would be followed during the fair and each stall would be around 35% smaller. Source: Facebook

Advertisement
Summary
The decision of postponing the fair was taken in the wake of a spike in COVID-19 cases and civic polls in Bidhannagar, where the fair will be held
The book fair will be held for 12 days amid strict COVID-19 restrictions and book lovers will also be able to visit the stalls online

The International Kolkata Book Fair, which attracts hordes of students and bookworms every year, has been postponed by a month in the wake of a spike in COVID-19 cases and civic polls in Bidhannagar, the organisers of the fair have said.

The almost five-decade-old annual fair will now begin on February 28. The decision of postponing the fair was made after consultation with the West Bengal government, the president of Publishers and Book Sellers Guild, Tridib Chatterjee said.

"The fair will be held for 12 days from February 28 as the COVID situation has not yet improved and the Bidhannagar Municipal Corporation election is to be held on February 12," said Chatterjee.

The book fair, an immensely popular event, will be held at Central Park in Bidhannagar, which falls in the North 24 Parganas district. The fair was earlier scheduled to be held from January 31 to February 12 after being cancelled in 2021 owing to the COVID-19 pandemic.

"We hope the situation will be more conducive in February and March," said Chatterjee.

There were a lot of speculations about the postponement of the book fair lately. On January 5, Chatterjee and Sudhanshu Sekhar Dey, the general secretary of the Publishers and Booksellers Guild, went live on Facebook to share updates about the fair. In their address, they assured people that the book fair will be held but on a later date.

"We will have the book fair. We are asking all book fair lovers to be on our side,” said Chatterjee.

The book fair will be held in hybrid mode this year. The decision of bringing in all book stalls on a portal is one of a kind. Chatterjee had earlier said, "The International Kolkata Book Fair 2022 will be one of a kind. People will also be able to visit their favourite stalls online and purchase their desired books."

Bangladesh is the theme country for this edition of the fair as the neighbouring country will celebrate 50 years of independence this year.

All the precautionary guidelines of the state government would be followed during the fair and each stall would be around 35% smaller for keeping more open space on the ground and avoid crowding, Chatterjee had said earlier.