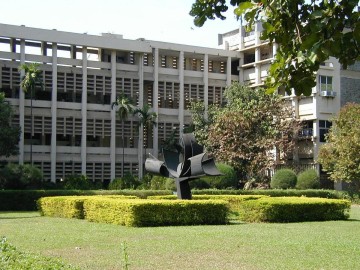 To have a discrimination-free campus, IIT Bombay plans for a caste awareness course IIT Bombay

The Indian Institute of Technology (IIT), Bombay, intends to make caste awareness a compulsory course. It is one of the initiatives made by the institute's SC/ST Cell, which thinks that awareness is a step toward equality.

The purpose of these surveys was to better understand the problems and challenges that caste differences provide for students. Students' thoughts on organising more caste-sensitive activities and the establishment of a required academic course were also addressed in the surveys.

The cell has also developed a mentorship programme in which senior students interact closely with junior SC/ST students in the framework of the cell's goals of moving the campus further away from caste and racial discrimination.

The curriculum of the caste awareness course is yet to be disclosed by the official authorities of the Indian Institute of Technology, Bombay.

A recent open house at the campus talk about the difficulties students experience was organised by the SC/ST cell. Many people shared their ordeal in the open. It was noted that the students in the categories were the targets of jeers over the seating arrangements, which occasionally led to symptoms of self-doubt among students.

B.R. Ambedkar had rightly said, “When equality is denied, everything is denied” and for many years, caste-based discrimination has been a well-kept secret at Indian colleges. With this new initiative of IIT Bombay, we can hope we are moving forward to bring equality to our campuses and societies.