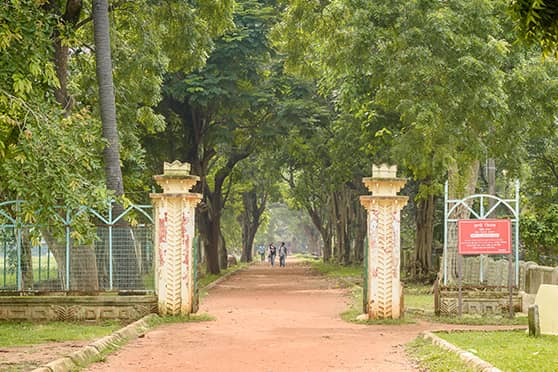 The ground-breaking ceremony was held on the satellite campus of Visva-Bharati in Ramgarh, Nainital, to mark the birth anniversary celebrations of Rabindranath Tagore.

The Uttarakhand government has allotted 45 acres of land for the satellite campus and the Centre is in the process of clearing a Detailed Project Report worth Rs 150 crore for the first phase of construction, he said.

“It is a matter of pride for Uttarakhand that Tagore visited Ramgarh several times. The place visited by him is known as Tagore Top,” Dhami said.

The campus in Ramgarh will not only help Uttarakhand emerge as an education hub but also generate employment opportunities for locals and become a new destination for researchers.

The satellite campus will be a step towards “actualising Gurudev’s idea of Visva-Bharati being a global platform for creating and disseminating knowledge”, according to a missive issued by Visva-Bharati vice-chancellor Bidyut Chakraborty in August 2020.

The Ramgarh campus will have four academic centres — Centre for Social Sciences and Rural Development, Centre for Languages, Centre for Public Policy and Good Governance and Centre for Himalayan Studies.

The Centre for Social Sciences will offer integrated degrees culminating in MA in Social Work and MA in Rural Development.

The Centre for Languages will promote Sanskrit, Hindi and endangered languages.

The Centre for Himalayan Studies will dwell on study of the distinct geography, history, socio-economic and political environment of the Himalayas.

Lecturer vs Professor: Difference, Responsibilities and Which to Choose