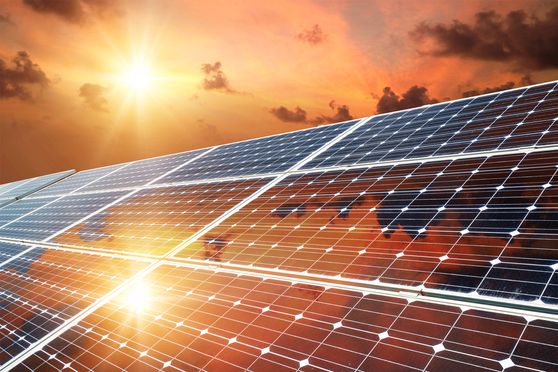 A proposal for setting up a department for solar technicians with 40 seats is also in the process at ITI Berhampur. Source: Shutterstock

Students of Berhampur Industrial Training Institute (ITI) in Odisha's Ganjam district have developed a solar tree and installed it on their campus, an official said on May 29.

Space crunch is one of the major hurdles for installation of solar panels. The advantage of such a structure is that it consumes less space and can be installed anywhere near a building, he said.

The structure that is made of metal is designed like a tree and the solar panels connected with its metal branches use sunlight to generate energy. The trial run of the two-KW system started recently, the official said.

"The tree has been designed in such a way that each solar panel has the maximum exposure to sunlight," ITI Berhampur principal Rajat Panigrahy said.

There are 12 solar panels in the tree, which is 12-feet in height. Around Rs 2 lakh was spent to develop it, sources said.

It is flexible and rotates to face the sun and produces the maximum amount of energy, according to the principal.

"Though the concept of the solar tree was not new, ITI Berhampur has developed it for the first time in the state," Panigrahy claimed.

Students took around five days to develop the solar tree on an experimental basis under the guidance of the teaching staff.

Panigrahy said the authorities had already established a workshop in the institute to repair the photovoltaic solar panels and other systems.

A proposal for setting up a department for solar technicians with 40 seats is also in the process, he added.