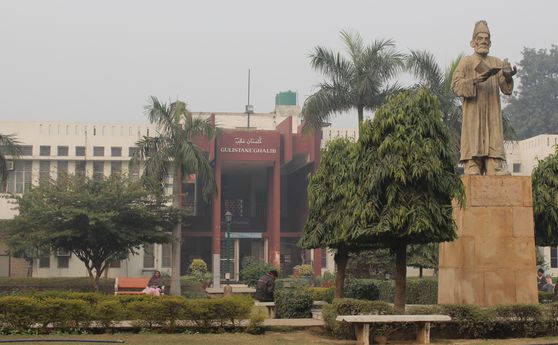 Advertisement
Summary
The UGC informed the Delhi High Court that they are challenging the appointment of a professor in the Department of History and Culture at Jamia Millia Islamia (JMI)
The UGC stated that JMI’s appointment of the professor was in violation of the UGC Regulations, 2018

The University Grants Commission(UGC) on Wednesday informed the Delhi High Court that they challenge the appointment of a professor in the Department of History and Culture at Jamia Millia Islamia (JMI). They further stated that the professor in question was hired by the university despite not having the required qualification and in violation of the selection procedure. The UGC also submitted a claim in writing, that they wanted to have on record, challenging the appointment of Dr Nazim Hussain Al-Jafri. The high court has taken the response of the varsity on UGC’s application as well.

Over the years, Jamia Millia Islamia (JMI), top ranked central university of the country, has contributed greatly towards the progressive education of students. However, this new information coming to light highlights the real threat it poses to the future of students enrolled at the university, particularly in the Department of History and Culture.

“You file a short reply to the application,” a bench of Chief Justice Satish Chandra Sharma and Justice Subramonium Prasad said while listing the matter for further hearing on August 30. The high court had earlier reserved its order on an appeal filed to challenge a single judge's decision to dismiss the original petition that challenged the appointment of the professor.

The UGC further stated that the JMI appointed the professor in question violating the mandatory UGC Regulations, 2018. Previously they had mentioned that the university had published an advertisement on 1 June, 2021 for teaching several positions across different departments. The screening committee shortlisted numerous candidates for the interview but found none suitable. “Thus, the university aborted the entire process on the basis of the findings of the selection committee. However, on January 20, 2022 the vice chancellor of the university unilaterally appointed Dr Nazim Hussain Al-Jafri to the post of professor,” it said.

The UGC said, in view of this, the appointment made by the Executive Council of the university in respect of Dr Nazim Hussain Al-Jafri as a professor in the Department of History and Culture, without fulfilling the required qualification and selection procedure, is clearly in violation of the UGC Regulations of 2018. “It is humbly submitted that his appointment should be set aside, being an irregular appointment,” the written submissions stated. It also noted that all universities, institutions and colleges have been advised to strictly comply with them.

The UGC, represented through Additional Solicitor General K M Natraj and standing counsel Apoorv Kurup, further noted that the authorities have shown various instances where appointments of professors have been made across universities including JMI, Aligarh Muslim University and Maulana Azad National Urdu University. The JMI maintained that Hussain that had more than 35 years of vast experience in university administration and had served different universities in various capacities.