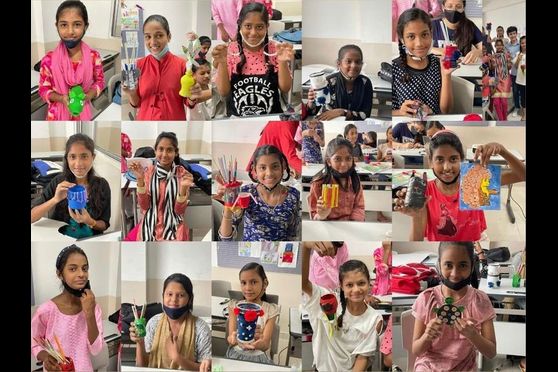 Environmental education is not limited to books. Children enrolled at Ek Tara, a Kolkata-based non-governmental organisation (NGO), are taking environmental education from their classrooms to the real world. With the help of volunteers and teachers, the children at Ek Tara have turned into Climate Warriors. Their hero: Greta Thunberg, the young Swedish environmental activist fighting for climate change mitigation.

With the help of volunteers, the NGO has brought informative and interactive sessions to children of Classes VI and VII. Well planned out sessions were conducted between September and November, where children started to imbibe sustainable practices in their lives. Armed with the moniker of Climate Warrior, the Ek Tara students have started to spread awareness. 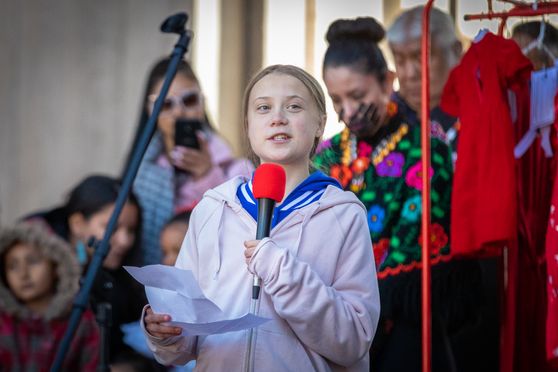 Inspired by the sessions, four Climate Warriors spoke about what they learnt from the campaign:

We have been told about environmentalists like Greta Thunberg. Like her, I want to become an environmentalist someday,” the Class VII Climate Warrior said. She elaborated on the project where the children learned how to make natural disinfectants, shampoos and soaps. “We made these natural products using vinegar, lemon and baking soda.”

The Class VI girl elaborated on how recycling non-biodegradable waste can reduce pollution. She spoke about how Ek Tara, as a part of the Let’s Talk Climate Campaign, had a project where the children converted plastic waste into art. “We were taught how to recycle as a part of the ‘Art with waste’ assignment. Using plastic bottles and plastic bags we made decorative pieces like mats and flowerpots. We decorated our classrooms with recycled art,” Rashid said.

“Chemical fertilisers are another harmful soil pollutant,” the Class VI student said. “Instead of using chemical fertilisers, we can make natural fertilisers by composting. We started to compost using biodegradable waste like vegetable and fruit peels. The compost is still growing, and after a month or two we will grow plants using it,” Rukhsar said.

The children also spoke about how plastic waste has been responsible for clogging drains, leading to flooding in their neighbourhoods. They shared that their families have started to refuse single-use plastic bags from the shops and carry jute bags from home. Just like Thunberg, the climate warriors feel that policymakers should take steps to reduce plastic waste.

Identifying that packaged food wrappers are pollutants as well, the children urged others to avoid eating non-nutritious junk food like chips and ice cream.

They also spoke about the complex issue of deforestation. Not only did the children advocate against cutting trees, but they also provided a solution in the form of reforestation. For the sake of people, animals and the planet, deforestation needs to be stopped, the Climate Warriors opined.

Volunteering to make a difference

The learnings shared by the Climate Warriors echo the lessons taught to them by volunteers. Volunteers from India and abroad collaborate with the NGO to bring various projects and campaigns to life.

Krish Goenka is one such volunteer, who took the initiative to bring the lessons of climate change to the children. With the support of the faculty and other staff at Ek Tara, Goenka and other volunteers took charge of the Let’s Talk Climate Campaign.

“The children are extremely invested in whatever happens in the classrooms. The children and the teachers share a very different relationship as compared to conventional schools. A highly supportive classroom environment makes them willing to learn and look forward to the assignments they are given. They take their learnings back to their community, which we hope will have a long-run impact,” said the Class XII student.

J&K AYUSH mop up (physical) round counselling: Provisional list out at jkbopee.gov.in. . .

CEED, UCEED 2023: Final Answer Key will be out today; Get direct link here

J&K AYUSH mop up (physical) round counselling: Provisional list out at jkbopee.gov.in. . .

CEED, UCEED 2023: Final Answer Key will be out today; Get direct link here