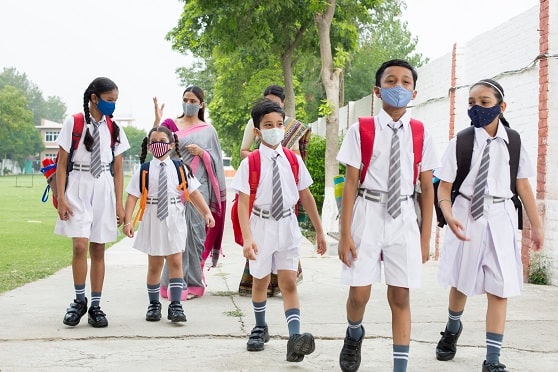 Most schools have welcomed the Delhi government’s decision but are worried that closure will hamper academic activities. Shutterstock

Advertisement
Summary
The Supreme Court termed the rise in pollution an “emergency situation”
Schools in Delhi had reopened for all classes on November 1, after nearly 19 months of closure because of the pandemic

Schools, colleges and educational institutes in Delhi will be closed for physical classes for a week from November 15 because of the deteriorating air quality in the city, the Delhi government announced after an angry Supreme Court termed the rise in pollution an “emergency situation”.

Online teaching and learning will continue in schools and colleges. Schools in Delhi had reopened for all classes on November 1, after nearly 19 months of closure because of the COVID-19 pandemic.

Welcoming the Delhi government's decision, Aparajita Gautam, the president of the Delhi Parents’ Association, said, “Students were already at risk because of COVID-19 and suddenly cases have begun rising too. To put students at further risk due to the pollution would have been dangerous.”

Anshu Mittal, the principal of MRG School in Rohini, said they were preparing to open from November 15 after a logn break.

“The school was all geared up to open from November 15 for Nursery to Class VIII. We were excited to welcome back our students and also aligned the arrangements with COVID norms. Activities enhancing student-teacher dynamic and some parent-students activities were also planned. However, we applaud the Delhi government's move in ensuring students and teachers' health and welfare. Poor air quality can have serious and long-term effects on the lung health of individuals. One of the major concerns that remain is preparation for the upcoming board exams which was planned with mock-up classes and remedial sessions. This will be hampered due to delay in school opening and will have to be transformed completely online for the time being,” she said.

The principal of Modern Public School, Shalimar Bagh, Alka Kapur, had a different view about the suspension of physical classes.

“I agree that the health of children should be of primary concern. But we must realise that schools had just opened after a long period and it has affected studies. I believe some alternative steps should have been worked out like suspension of outdoor activities rather than completely closing schools," she said.

Kartik Singhal, founder of O2 Cure and director at Zeco Aircon Limited, said taking requisite measures against inhaling poisonous air resulting from various pollutants in outdoor as well as indoor environments has become the need of the hour. “Such changes in the air quality are resulting in significant health implications, leading to decrease in life expectancy. If such conditions persist, Delhi residents might start exploring options for employment in surrounding areas along with migration for better living as well," he said.

Delhi's air quality remained in the severe category for the third consecutive day on November 13 with the 24-hour average air quality index being recorded at 437, a marginal improvement from the day before.

The Supreme Court suggested clamping a lockdown in the city as it asked the Centre and the Delhi government to take immediate measures to improve the air quality.