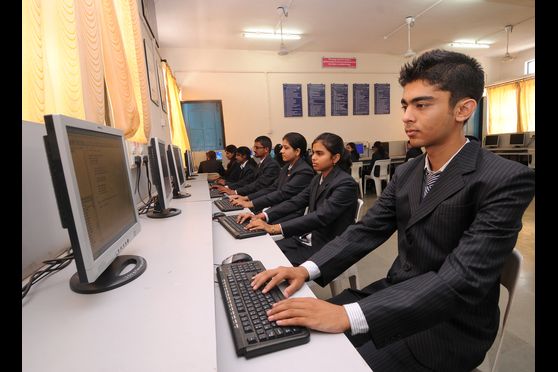 The UGC has requested the institutions to make students aware of the ABC facility and encourage them to open an academic bank account. Source: Shutterstock

Students across India will now be able to switch between institutions while pursuing courses in colleges and universities as the Centre has brought all higher education institutions under the ambit of the Academic Bank of Credit (ABC) system – a part of the National Education Policy (NEP) 2020.

The ABC system will allow students multiple entries and exits to and from institutions. This means that a student can pursue one year of education in a particular institution and move to another institution to pursue the second year of the same course and so on.

The Establishment and Operations of Academic Bank of Credits in Higher Education regulations 2021, issued on July 28, 2021, made it mandatory for the higher education institutions to have either ‘A’ grade from the National Assessment and Accreditation Council (NAAC) or be listed in the top 100 National Institutions Ranking Framework (NIRF) for registration in ABC.

But now under the University Grants Commission (Establishment and Operation of Academic Bank of Credits in Higher Education) (First Amendment) Regulations, 2021, any university or college can register to come under the ABC framework irrespective of ranking or accreditation. This includes all central and state universities, deemed-to-be universities and autonomous institutions.

On January 12, UGC notified all educational institutions about the amendment made in the regulations. The notification said, “It was felt that the universities and autonomous colleges satisfying sub-regulation 2 of regulation 1 and the institutions of national importance as declared by the government of India and specifically empowered by an Act of Parliament to confer or grant degrees, irrespective of their NAAC or NIRF ranking should be able to participate and register in the academic bank of credits. In this regard, the amendments have been notified in the Gazette of India on 28 December, 2021.”

The UGC has requested the institutions to make students aware of the ABC facility and encourage them to open an academic bank account.

According to educationists, this will give the students the liberty of tailoring their pace of study and take their preferable time to complete their degrees.