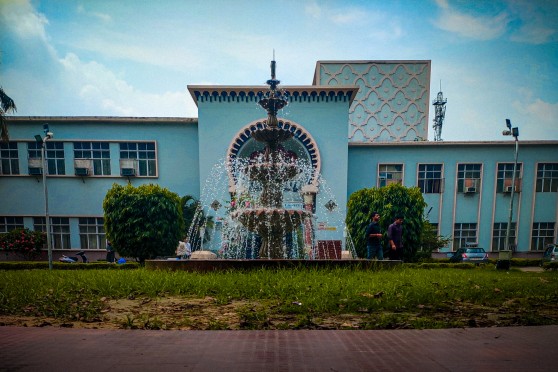 The AMU academic council discussed a letter sent by the UGC to the university earlier this month. Website

The decision was taken after AMU's academic council discussed a letter sent by the UGC to the university earlier this month allaying certain concerns raised by the varsity regarding any likely erosion of the institution's autonomy because of CUET.

The UGC assured AMU that while it will use the test score of CUET, its provisions for admission, including internal reservation, vice-chancellor's nomination to various categories and admission to students of bridge courses and madrasas, will remain unaffected, a varsity spokesman said.

The university will hold its own counselling session and will conduct its admission test for Class XII, BTech, postgraduate courses, diploma courses and all other courses not covered in CUET, he said.

According to the recommendations of a committee approved by the academic council, the university will conduct its own counselling as in the past.

Candidates of the madrasas/institutions recognised by the AMU will also be eligible to take admission on the basis of CUET score if they fulfil the eligibility criteria laid down in the university’s Guide to Admission.

Students who have graduated from the AMU bridge course (CEPECAMI) will be eligible for admission on the basis of CUET score if they fulfil the eligibility criteria.

The meeting was presided over by the vice-chancellor and attended by the registrar, controller of examinations, deans of faculties, principal of colleges, chairmen/chairpersons of departments, directors of centres and other Academic Council members, the sources said.

IGNOU joins hands with NSDC to develop entrepreneurial skills of students through inc. . .