Vice-chancellors to discuss strategies on achieving global standards at BAU 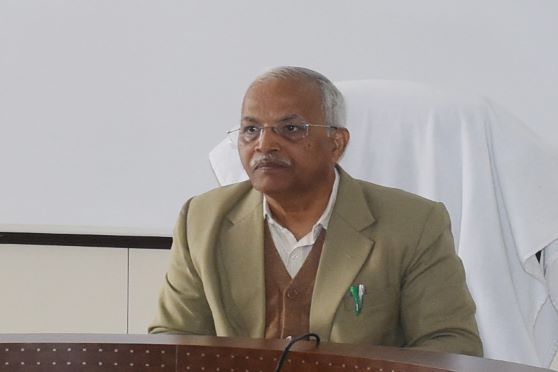 Advertisement
Summary
The two-day event, hosted by Birsa Agricultural University (BAU) in Ranchi, will take place on December 20-21, 2021
India has one of the largest national networks of Agricultural Education System in the world

BAU vice-chancellor Onkar Nath Singh has said that Jharkhand’s governor Ramesh Bais will inaugurate the convention as its chief guest on December 20 at the Ranchi Agriculture College auditorium.

However, technical sessions will be held from 10am on December 21 at the Senate Hall. The deputy director general, Indian Council of Agricultural Research, New Delhi, RC Agrawal will be the guest of honour at the inaugural session.

Aboobacker Siddique P, secretary agriculture department, Jharkhand, will be the special guest at the plenary session on December 21 where rapporteurs of different technical sessions will present recommendations for discussion and adoption.

BAU is hosting the annual convention of IAUA vice chancellors for the third time. It had earlier hosted the convention in 2007 and 2013.

Singh said that the ways and means of keeping the natural resources for agriculture safe for future generations will also be discussed and recommendations will be sent to all State and Central governments. He said that the Jharkhand government has recently sanctioned Rs 4 crore to BAU to establish a state-of-the-art disease diagnostic centre for animals and birds for diagnosing diseases with accuracy and suggesting remedial measures.

Three technical sessions will be held on ‘achieving international standards in agricultural education and research in the context of New National Education Policy’, ‘Strategies to increase and sustain agricultural productivity and profitability with development and application of appropriate technologies' and ‘Enabling farmers’ access to technology, market, credit and extension services'.

BAU vice-chancellor stated that the IAUA was started with only nine members in 1967 and during the last 54 years, the number of its regular member universities has swelled up to 71. There are 44 agricultural, six horticultural, 17 veterinary and animal sciences and three fishery science universities.