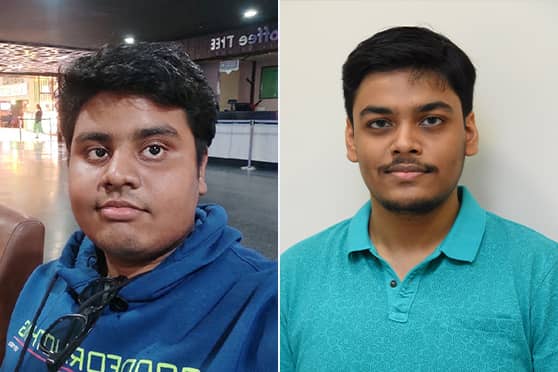 Both the techies, Subhrajyoti Ghosh and Sourav Sinha, are from the 2022 batch of HIT. Ghosh pursued BTech in Biotechnology while Sinha did his BTech in Applied Electronics.

On the other hand, Sourav has received offers from five IITs. In his case, he has got a chance to pursue postgraduate courses from IIT Madras, IIT Hyderabad, IIT Delhi, IIT Kanpur and IIT Bombay. However, it is not only the IITs that have opened their doors to Sinha. Indian Institute of Science (IISc), Bangalore also welcomed the scholar. IISc has offered Sourav to pursue further education in Computational and Data Science.

Subhrajyoti said that he wants to appear for the Council of Scientific & Industrial Research National Eligibility Test (CSIR NET), Graduate Record Examinations (GRE) and Test of English as a Foreign Language (TOEFL). He wants to get a Doctor of Philosophy (PhD) from IISc in either Genetic Engineering or Cancer Biology. Sinha, on the other hand, is planning to accept the offer from IISc but is also considering other opportunities.

Speaking about the achievements of the HITK students, PK Agarwal, CEO, Heritage Group of Institutions, Kolkata said, “This is a proud moment for the entire Heritage family. The two students had been working hard to crack the IITs for a long time.”