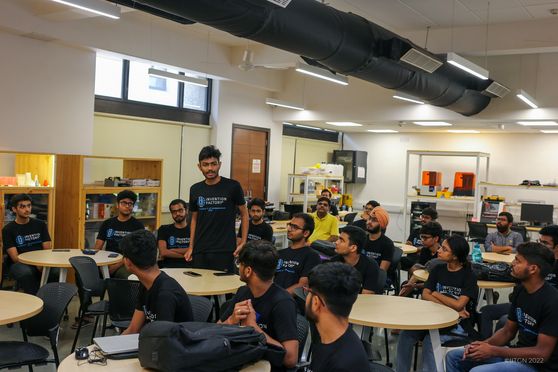 The Indian Institute of Technology (IIT) Gandhinagar rolled out the third edition of the six-week Invention Factory India on May 26. It will be held till July 8.

The one-of-a-kind intensive summer programme invites selected students from IITs across the country to conceive an invention, prototype it, pitch it, write and file the US as well as Indian provisional patent applications — all within six weeks and one week of orientation.

After the initial technical training and orientation, the students will work in teams of two to conceive, prototype, and pitch inventions that address a particular societal or consumer need. Their ideas and inventions will be evaluated on a weekly basis by an illustrious panel of judges from different walks of life. Ultimately, all 10 teams will compete for the first prize of Rs 2 lakh, second prize of Rs 1 lakh, and third prize of Rs 50,000 for creating the Best Invention, Second Best Invention, and Third Best Invention, respectively.

IIT Gandhinagar professors Nithin George, Madhu Vadali, and Jaichander Swaminathan will mentor the participants during the programme. The students will also be mentored by the founders of the original programme in the US, Cooper Union professors Alan Wolf and Eric Lima.

Nithin George, TEOCO Chair associate professor of Electrical Engineering, at IIT Gandhinagar and chairperson of the Invention Factory India, said, “Through this programme, we want to inculcate the practice of invention and out-of-the box thinking among young minds so that they start thinking of finding effective solutions to various day-to-day challenges faced by society. Along the way, they also hone their communication and presentation skills and team working attitude, which would help them throughout their careers. We all are excited to see the Inventions by students from this edition of Invention Factory® India.”

Each team will receive a budget of up to Rs 50,000 for materials to design the invention prototype. They will work in the newly set-up Maker Bhavan at IIT Gandhinagar and will have access to laser cutters, 3D printers, machine shops and machinists.

All participants who complete the programme will also receive a stipend of Rs 10,000 with a certificate of participation.

The programme was run for the first time in India at IIT Gandhinagar in 2018 and again in 2019, under the name Invent@IITGN. This time, it is also being held at IIT Bombay.