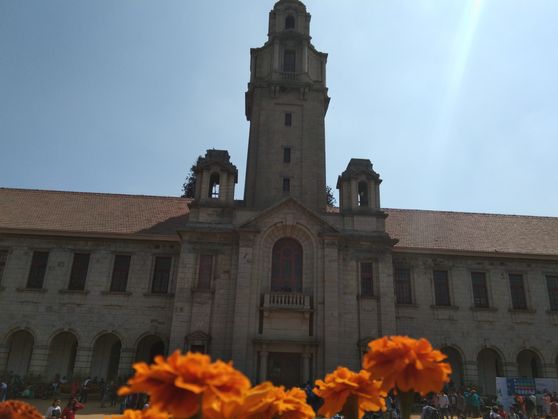 Imperial College London and the Indian Institute of Science (IISc) in Bangalore on Wednesday announced the launch of an ambitious new partnership in research and education.

The agreement will have the two leading institutes launch a research and education seed fund with the aim of laying the foundations for future joint research projects in a range of scientific areas and support new innovations in education. The tie-up will involve greater collaboration on research projects in a wide range of scientific areas and also increased mobility of academics and students between the two institutes.

Imperial has collaborated with the Indian Institute of Science for decades and now there is an opportunity to build upon this success and work together more closely. India is an incredibly exciting place for research, education and innovation, and I am sure that Imperial and IISc will be at the fore of supporting and forging UK-India partnerships in the coming decade, she added.

Along with closer collaboration between Imperial and IISc, the Imperial-IISc Innovative Research and Education Fund has opened for applications from teams at both institutes. It is aimed at kick-starting early-stage, risky and blue skies research ideas and education collaboration.

The Fund will be utilised by teams at Imperial and IISc to support exploratory research, small-scale experiments or the development of prototypes, workshops and hackathons, and will enable researchers and students to spend time at each institute.

The newly commenced programme will provide a fresh impetus to the several decades-long partnership between IISc and Imperial, said Professor Praveen Kumar, Chair of the Office of International Relations at IISc.

It is an example of the natural partnership that has been developing between Indian and UK universities. As the disruptions brought by COVID-19 are getting eased, I am sure that the researchers at both institutions would be excited about this programme, he said.

Both universities have added that they will also explore creating a student exchange programme to enable students at both institutions to broaden their networks and experience.

In the QS World University Rankings for 2023, Imperial was recently ranked sixth best university in the world and IISc emerged as the top institute in India. Imperial claimed that its academics and IISc will build on a number of existing collaborations in areas such as engineering and life sciences.

Dr Ana Mijic, from Imperial's Department of Civil and Environmental Engineering, has been appointed a Satish Dhawan Visiting Chair Professorship at IISc Bangalore for 2022.

She has collaborated with IISc for a decade, focusing on water systems and modelling and will spend time at IISc later in the year to work with a team in India on an integrated water system model which could be used for water planning and management in the region.

The model considers aspects such as rainfall-runoff processes in cities and catchments, simulating flow and water quality to assess impacts of land use change, agricultural practices and water infrastructure. It could be used by water companies, local authorities and governments to improve water management and urban planning.

The level of research coming from IISc is world leading and there is a lot of value in generating ideas and developing research projects together that fit their local context. IISc makes an ideal partner because they are very strong in physical sciences, have good technical expertise and have access to a good local network of stakeholders. There is a huge opportunity for both partners to learn from each other and share data and knowledge, said Dr Mijic.

Meanwhile, Sandhya S Visweswariah, Professor at the Department of Molecular Reproduction, Development and Genetics (MRDG), IISc, has been collaborating with researchers in the Centre for Molecular Bacteriology and Infection (CMBI) in Imperial College for more than five years, largely supported by a Collaborative Grant for Research Professors with Prof Gad Frankel, funded by the Royal Society.

Imperial College London has been promoting its India connections over the years, with its academics having published 1,230 research papers with more than 300 Indian partner institutions in the last five years. The London-based university has more than 500 Indian students enrolled at the College and a wider Indian alumni community of more than 3,000 people.