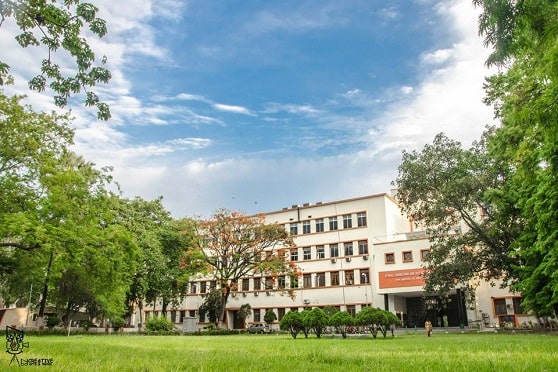 Rainwater is collected from a large area on the roof of the Science and Technology Building at IIEST through a pipeline and inserted into the underground potable water level through a three-layered filtering system. Image Source: IIEST Shibpur

Advertisement
Summary
Project implemented under the Centre’s Jal Shakti Abhiyan, an initiative to promote underground water recharge by using rainwater
The institute is also ready to help other institutions, both academic and public, to set up similar facilities

The Indian Institute of Engineering Science and Technology (IIEST) in Shibpur, West Bengal, has set up a groundwater recharge facility to help increase the groundwater levels in Howrah, Kolkata and its adjoining areas.

India is grappling with the worst water crisis in its history. Twenty one Indian cities are set to exhaust their groundwater supply soon, according to NITI Aayog estimates. NITI Aayog, the India government’s public policy think tank, has highlighted the need for “urgent and improved” management of water resources.

The project at IIEST Shibpur is aimed at finding a solution to the impending crisis. It has been implemented under the central government’s Jal Shakti Abhiyan, an initiative to promote underground water recharge by using rainwater. IIEST Shibpur is the pioneering institute under this mission.

The institute is also ready to help other institutions, both academic and public, to set up similar facilities. “Only if everyone comes together in this battle will the depleting groundwater levels in Howrah, Kolkata and the entire West Bengal be restored. We are ready to help citizens and institutions in their efforts,” said Tapas Ray, associate professor, civil engineering, at IIEST, who implemented the project for the institute with the help of the Public Health Engineering department.

Rainwater is collected from a large area on the roof of the Science and Technology Building at IIEST through a pipeline and pushed back underground through a three-layered filtering system 260 feet under the ground.

“The aquifers are interconnected underground. Hence, the water is automatically distributed and transported to drier locations. It is important that everyone comes together in this effort and the water recharged is treated to ensure that the groundwater is not contaminated,” Ray said.

Parthasarathi Chakrabarti, director, IIEST Shibpur, underlined the importance of groundwater recharge in the region. “All first and second-year students of the institute will be made aware of the system and encouraged to undertake and implement such projects in their hometowns,” Chakrabarti said.

The institute will work towards connecting more buildings on the Shibpur campus to help collect rainwater and recharge the groundwater level.

Kolkata’s aquifers run at a depth of 50-300 metre, below a thick layer of compressible clay. Removing too much groundwater, as has been the practice in the past, has caused the water table to drop and reduced the pressure that helps hold up the upper layers. These layers have now begun to compact.

“Recharging groundwater has become important in urban areas, where the scope of rainwater seeping into the ground is less. Even playgrounds have artificial grass these days. Water is forcibly collected through the drainage system and released in the river. This further contributes to depleting groundwater levels, giving rise to a water crisis and cities sinking,” Ray said.

UGC NET 2023: Admit card to be out soon; check dates inside