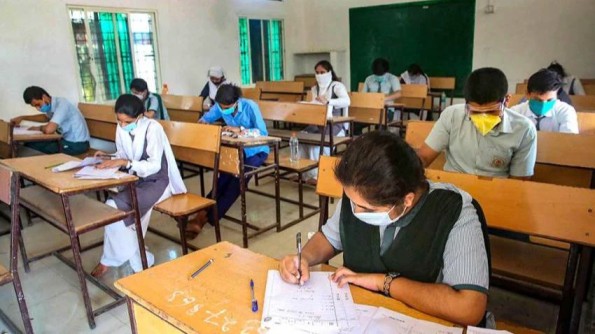 Advertisement
Summary
Candidates for the CUET exam which is underway today, have raised several concerns over the sudden change in the exam centre a few hours prior to the exam
Students have taken to Twitter to voice their complaints and called out NTA’s mismanagement and bias. NTA has denied all allegations of bias and stated they have followed standard procedure
The NTA has clarified that the students who have missed appearing for the exam today will be able to appear for it during Phase 2

On Thursday, July 14, students appearing for the Common University Entrance Test (CUET) UG 2022, conducted by the National Testing Agency (NTA), raised concerns over the NTA changing allocated examination centres a few hours prior to the exam. The exam was scheduled to commence today, July 15, and is well underway across 500 different centres in the country. Students have taken to Twitter to express their anguish over the sudden change in exam centre and their inability to travel long distances to appear for the exam amidst flood and heavy rainfall in various parts of the nation.

Rohit Shukla, a student appearing for the exam today, tweeted a few minutes before the exam: “I have no idea what happened but my exam centre suddenly got changed and I wasn't even notified about this, I redownloaded my admit card just in case and found out that the exam centre is changed?”

Another candidate, Manit Srivastava, plagued by a change in exam centre tweeted: “#CUETUG you know what...I lose. Thanks for shattering my dreams. @DG_NTA Thank you so much. Your ego spoiled thousands of deserving candidates' careers. @ugc_india hats off to you too. You all know you are wrong but won't admit it. We lost hope in this education system.”

The All India Students Union has also chimed in and tweeted: “@DG_NTA is creating havoc situation for #CUETUG Aspirants. The CUET Examination centre for many students changed at the last minute. Angry parents said this is complete mismanagement by the NTA.”

The exam is scheduled to be conducted over two separate phases, beginning from today until July 20, beginning from August 4 and concluding on August 10. Students have been voicing their grievances over the gap between the two phases and the consequent disparity in preparation time for individual students. They have also highlighted that the admit card for the exam was released only 3 days prior to the exam, tests for different subjects have been crammed into the same day, and the schedule was delayed and released very close to the exam – all of which combined left students feeling underprepared and they alleged that NTA’s policies have been “biased” and “unorganised”.

The NTA, however, has denied all claims of bias and stated that students were divided across the two separate phases based on an automated procedure and no predetermined protocol was followed.

Responding to the allegations, University Grants Commission (UGC) Chairperson, M. Jagadesh Kumar clarified that releasing admit cards three days prior “is a common practice in all the entrance examinations followed by the NTA.” He also added that “nearly 97-98% of candidates were allotted exam centres of their choice.” “My request to all candidates is to focus on the examination,” Kumar concluded.

Speaking on behalf of NTA, Manash Pratim Gohain tweeted: “Update: Those candidates who might have missed the July 15 due to change in the centre by @DG_NTA on July 14 will be allowed to appear in Phase 2 in August.”