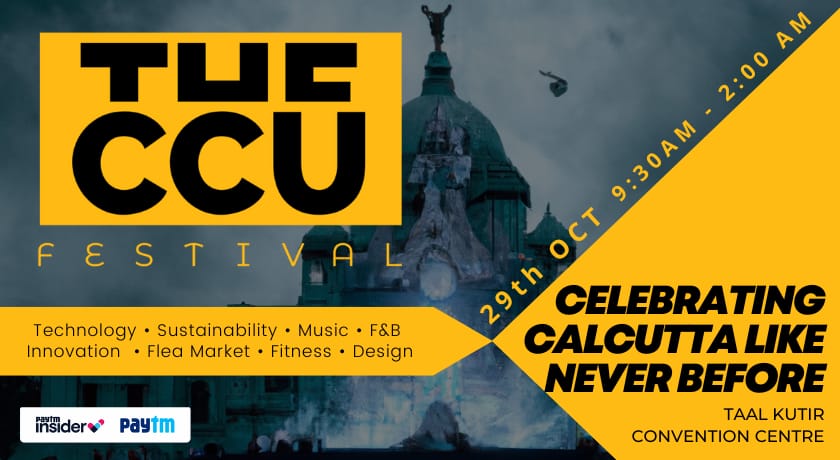 Advertisement
Summary
The CCU Festival is a fundamentally optimistic, homegrown festival celebrating Calcutta’s richness and treasures
The event will also feature a creators fest bringing together 500 creators under the same roof to foster national level discussion

The CCU Festival, to be held on 29 October 2022 at Talkuthi Convention Centre, is a fundamentally optimistic, homegrown festival celebrating everything Kolkata, including native initiatives for welfare as well as the youth of the city and what they have to offer. The festival is a first of its kind, and will look at entrepreneurship through the lenses of sustainability, innovation, technology, fitness, music and food. It is being curated by a grassroots community initiative, Make Calcutta Relevant Again. The Telegraph Online Edugraph recently got into a candid chat with Mr Meghdut RoyChowdhury, one of the organisers of the event, to get to know more details about the fest. “The festival is an attempt to celebrate Calcutta like never before and find new icons of the city across all disciplines. It will give young people a reason to love the city for what it is. This type of multidisciplinary festival has never happened before in the city and also it's a fully collaborative festival,” said Mr RoyChowdhury.

The event will also feature a creators fest bringing together 500 creators under the same roof to foster a national level discussion. 80 investors from across the country, including ones who’ve never come to Calcutta before, will be present to evaluate and assess the entrepreneurship initiatives. The aim is to thereafter create a thousand startups from the East who are going to get represented on the spot. Another distinct part of the event will be the ‘Moving Kolkata, Kolkata Moving’ Project, in which the European Commission and 8 different European Embassies and Consulates will come together to celebrate Kolkata, particularly from the angle of sustainability in the city.

Explaining the main thought behind the event, Mr RoyChowdhury further highlighted: “These are [those] projects that nobody has heard of and we look forward to making a big noise and telling people that the time… to lose hope on Kolkata [is gone]. This is one of the main reasons for organising the CCU fest. Also, very interestingly, we are [giving out] awards for each category. We are doing six conventions as a part of it. For each of the selected conventions we have 3 awards. [These awards are for] celebrating history, celebrating the present and celebrating the future. It is basically for somebody who has made Kolkata relevant in the past, somebody who is making Kolkata relevant now and somebody we believe will make Kolkata relevant in future.”

Book your tickets to the fest from here