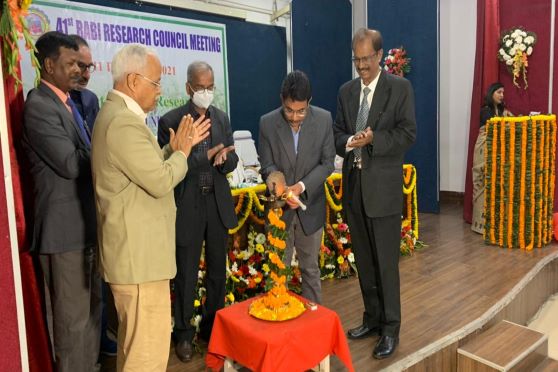 Jharkhand agriculture secretary Abubakar Siddique P. has urged the Birsa Agricultural University (BAU) administration to set up a team of scientists to draw up a strategy document for increasing the area under cultivation and crop diversification in Jharkhand.

All documents available with the state government and research institutes suggest that area under cultivation has remained static in the last decade despite all efforts and investments by government and other agencies.

Addressing the 41st Rabi Research Council of BAU, Siddique said the Jharkhand government would provide the required funds for preparing the strategy documents. He stressed that area-specific needs, affordability of farmers and user-friendly aspects must be kept in mind while perfecting and recommending technologies.

The agriculture secretary also invited suggestions for additions, deletions, modifications in the ongoing projects or schemes of the agriculture department and inclusion of some important projects for the region within a week so that they could be incorporated in the budget of the next financial year. The tangible solution should be suggested for different regions like Kolhan, Palamu, Chhotanagpur, Santhal, he stressed.

BAU vice-chancellor Onkar Nath Singh, who chaired the meet, stressed the need for identification of climate-smart lines for use as parents for crop improvement. Special focus is also required on biofortification for improving the nutritional quality of food crops through agronomic practices conventional plant breeding or modern biotechnology as a sizable section of the Jharkhand population suffers from malnutrition and undernutrition, Singh said,

Z.A. Haider, former chairman of the Department of Genetics and Plant Breeding, urged the agriculture secretary to immediately initiate steps to fill vacant positions of teachers at BAU. Seven new colleges established some years ago are running without any regular teachers, he said.

Raghav Thakur, the external expert and former chairman of the department of agronomy, underlined the need for rainwater harvesting and conservation and development of acid-tolerant varieties.

A. Wadood, the director of research at BAU, welcomed the guests and called for early implementation of the 7th pay package and career advancement scheme for teachers and scientists of BAU.

Jagarnath Oraon, the director of extension education, and C.S. Singh, a

deputy director of research, also spoke on the occasion.

A Compendium of Technologies documenting all crop varieties, animal breeds and technologies developed by BAU in the last four decades was released on the occasion.