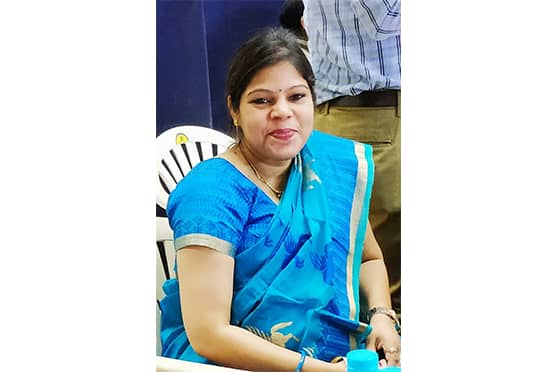 The participating scientists are selected from international groups of experts in marine sciences. Source: BHU

Advertisement
Summary
Verma will be representing India, and will carry out research onboard the Joides Resolution along with scientists from 17 countries including UK, USA, Germany, Japan and China among others
This expedition will take place for two months, from October to December 2022

Komal Verma, assistant professor at the department of Geology, Institute of Science, Banaras Hindu University (BHU), has been chosen for the prestigious International Ocean Discovery Programme (IODP) Expedition 397 in the Atlantic Ocean as a micropaleontologist.

This expedition will take place for two months, from October to December 2022. Verma will be representing India, and will carry out research onboard the Joides Resolution along with international scientists from 17 countries including UK, USA, Germany, Japan, China among others.

The laboratory of the department of Geology at Banaras Hindu University is the centre for the study of global oceanic and climate change on Earth in the last several thousand years and the impact of this change on marine evolution and marine organisms. Many IODP programmes are ongoing under the supervision of Arun Deo Singh. Singh is also credited for several renowned researches and achievements in this area under IODP research programs, which is also being continued by his PhD student, Verma.

The International Ocean Discovery Program (IODP) is an international marine research collaboration that explores the history and dynamics of earth using ocean-going research platforms to recover data recorded in seafloor sediments and rocks and to monitor subsea floor environments. IODP relies on facilities funded by three platform providers with financial contributions from five additional partner agencies. Together, these entities represent 22 nations whose scientists are selected to staff IODP research expeditions conducted throughout the world’s oceans. Scientist activities are managed by the IODP programme member offices.

The selection of Verma for this expedition is a matter of pride for the university as IODP is the most prestigious and premier international organisation in the world directed towards advanced ocean research and technologically the most advanced research vessel. The participating scientists are selected from international groups of experts in marine sciences.