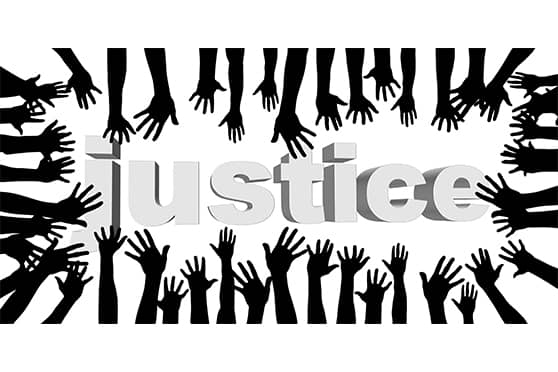 Prerequisites for social justice, like access to resources, equal opportunities and individual freedom were emphasised at the webinar. Source: Pixabay

The Aligarh Muslim University (AMU) faculty recently organised a webinar on the topic, ‘Achieving Social Justice through Formal Employment’, to commemorate the occasion of World Day of Social Justice 2022. Faculty from several institutions took part in the online discussion.

During the webinar held on February 20, AMU’s dean of the Faculty of Social Sciences Nisar Ahmad Khan stated that a meagre 10% of employable people from the disadvantaged section were employed in the formal sector while 90% depended on unorganised sectors. He stressed that to curb corruption and ensure social justice in this period of globalisation and liberalisation, regulatory authorities play a significant role.

Fouzia Khan, Department of Teacher Training and Non-Formal Education, Institute of Advanced Studies (IASE), Jamia Millia Islamia, New Delhi urged authorities “to increase the representation of minorities in public undertakings for social inclusion”. She added, “Untouchability is still prevalent in rural India and underpaid labour of women is a matter of serious concern.”

Pro-vice-chancellor, JS University and former director, Institute of Rural Development, Agra, Ved Prakash Tripathi, pointed out that to uphold the rights to equal opportunity as mentioned in the Constitution, social justice needs to be ensured. Prerequisites for social justice, like access to resources, equity, protection of diversified culture, equal opportunities and individual freedom were emphasised by Tripathi. The issues of gender inequality, poverty and human rights were dealt with in detail by him as well.

Based on the Sachar Committee and Kundu Committee reports, Aftab Ahmad Ansari, an associate professor at AMU’s Department of Education, discussed the educational and employment status of disadvantaged sections, especially minorities.

In the second session, papers relevant to the theme were presented by faculty members and research scholars.