62 per cent parents in Maharashtra unwilling to send their kids to school: LocalCircles 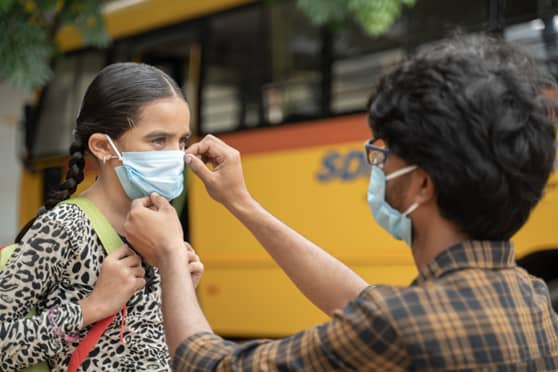 The findings of this survey will be shared with the chief secretary of Maharashtra and Union ministry of health and family welfare. source : Shutterstock

Advertisement
Summary
About 11% of parents who participated in the survey were in favour of offline classes, while 16% respondents said they are already sending their children to school
On January 20, the state education minister announced that schools in the state will resume offline classes for students of classes I to XII from January 24

About 62% of parents in Maharashtra are unwilling to send their children to school despite the state government’s decision of resuming on-campus classes from January 24, the results of a survey conducted recently by an online community platform, LocalCircles, has revealed.

A total of 4,976 people participated in the survey conducted across tier I, tier II, tier III and tier IV cities of Maharashtra. Of the total participants, 67% respondents were men and the remaining 33% were women, LocalCircles stated in a report recently.

After the onset of the Omicron-led third wave of the COVID-19 pandemic, the Maharashtra government had on January 8 ordered closure of all schools and colleges in the state till February 15 to contain the spread of the virus.

However, on January 20, the state education minister announced that schools in the state will resume offline classes for students of classes I to XII from January 24.

While the Brihanmumbai Municipal Corporation (BMC) has allowed schools to reopen in Mumbai, the Maharashtra government has allowed local bodies to take the decision on reopening schools after assessing the COVID-19 situation in their respective areas.

However, students will not be forced to attend physical classes where schools reopen. In cities like Pune and Aurangabad, it has been decided to keep schools shut and continue with online classes for now.

LocalCircles has been closely tracking parents' willingness to send their children to attend in-person classes in schools at a national and state level since the pandemic triggered the first phase of lockdown in India back in 2020.

On January 21, Maharashtra reported 48,270 COVID cases from 2,05,938 tests conducted and there were 37 related deaths, as per figures shared by LocalCircles.

In the community discussions held by LocalCircles, many parents have highlighted long-term implications of COVID and the need for in-person schools to only start when Test Positivity Rate falls to 5% or lower, it stated. The TPR in Maharashtra continues to remain high at 23.4%, it added.

The platform also said that it will share the findings of this survey with the chief secretary of Maharashtra and Union ministry of health and family welfare.