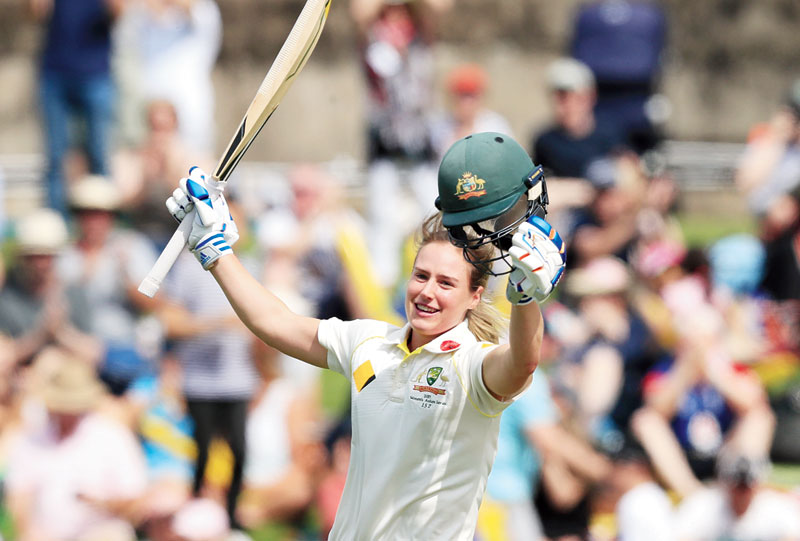 1

ELLYSE PERRY (AUSTRALIA): Arguably the greatest women’s cricketer of all time, Australia’s Ellyse Perry is the complete athlete, having also represented her nation at a FIFA World Cup in 2011. A four-time winner of the ICC World T20, Perry was woman of the match in the final as Australia won the tournament in 2010, paving the way for a hat-trick of championships. One of the most celebrated batswomen in history, Perry is just as lethal with the ball, having taken more wickets than anyone else in women’s T20Is, and will be spearheading the hosts’ title defense on all fronts. Still only 29, Perry overcame early struggles in T20 cricket by emerging as a Big Bash phenomenon where she is the highest run-scorer, and will be the primary threat in a seemingly invincible Aussie juggernaut.
Agencies
Advertisement 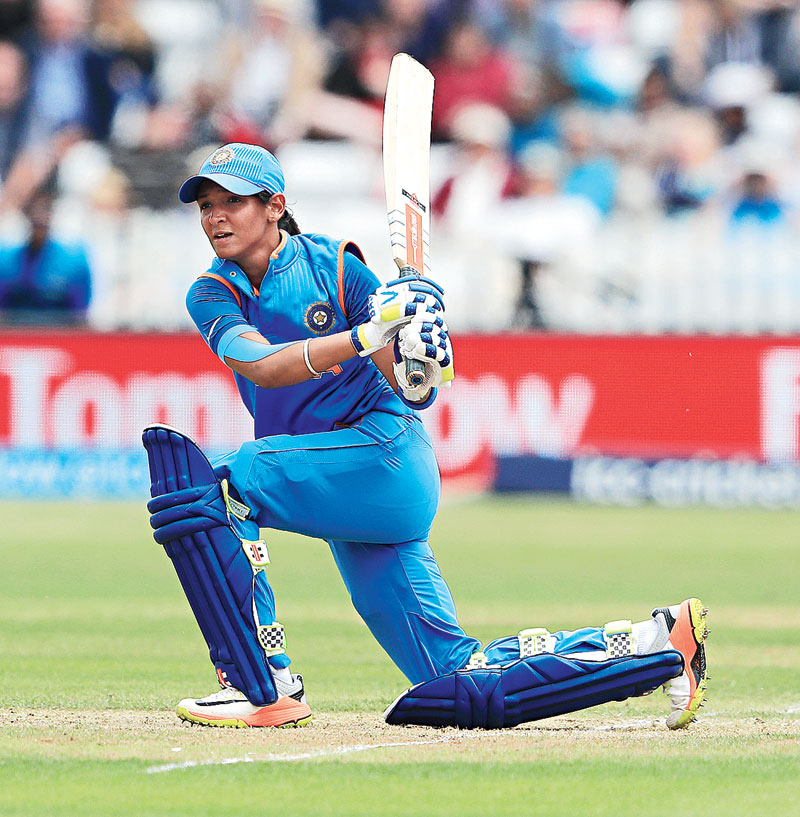 2

HARMANPREET KAUR (INDIA): Intent on redeeming the 50-over World Cup final loss from 2017, the Indian skipper is all set to lead a vibrant team in their bid for glory. The average age of the Indian squad is 23, meaning at 30, Kaur is one of the few seasoned cricketers in the line-up. Alongside Smriti Mandhana, Kaur will form the fulcrum of India’s batting, while also contributing to the bowling department with her off-breaks. Kaur has been a pioneer among her compatriots in the shortest format of the game, becoming the first Indian to sign a Big Bash contract and feature in the Kia Super League. If India are to at least match their semi-final run from 2018, Kaur will have to be at her inspiring best, conjuring similar displays to the one she produced against New Zealand in the opening match of the previous edition — an explosive 103 off just 51 balls — a powerful reminder of what this fierce batswoman can achieve.
Agencies 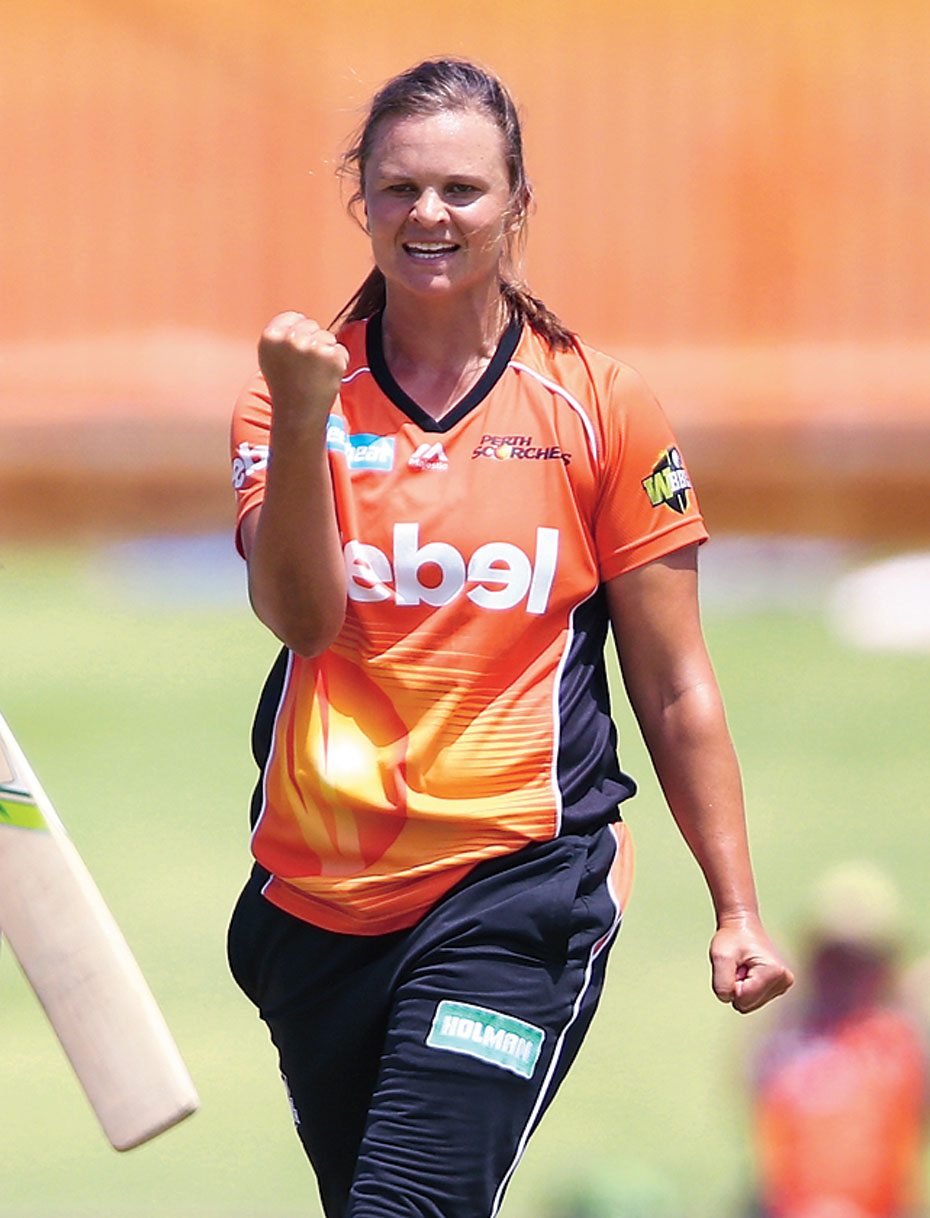 3

SUZIE BATES (NEW ZEALAND): No woman has played more T20 games or scored more runs in T20Is than New Zealand’s talismanic all-rounder. The only player to score more than 3,000 runs in women’s 20-over internationals, Bates has always shone at World Cups, with six 50-plus scores in previous editions. No slouch with the ball either, Bates’s medium pace can be a game-changer if used intelligently. Having represented her country in basketball at the 2008 Beijing Olympics, Bates devoted her entire attention to cricket a few years later, quickly becoming an irreplaceable cog in the wheel for the White Ferns. Coupled with captain Sophie Devine, Bates’s sheer presence would be ominous for the rest of the field, as New Zealand strive to leave a mark in the territory of their greatest rivals.
Agencies 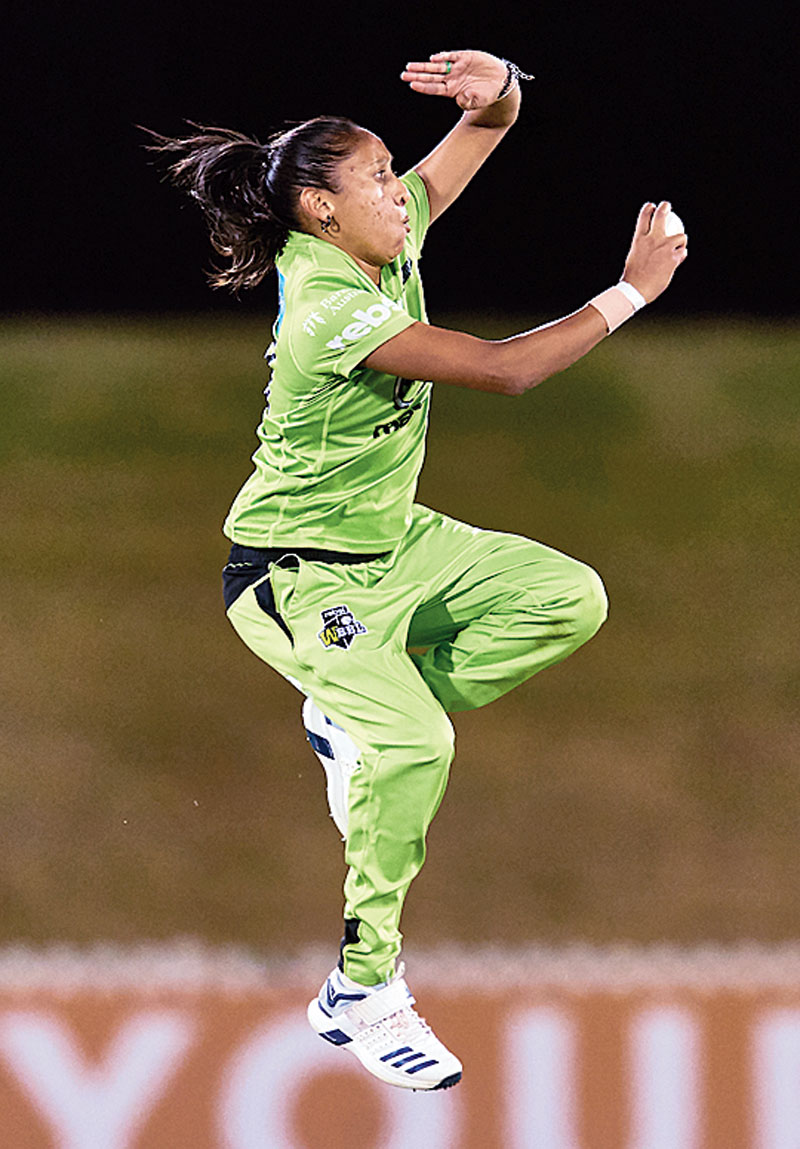 4

SHABNIM ISMAIL (SOUTH AFRICA): One half of the most dangerous fast bowling pair currently operating in women’s cricket, South Africa’s Ismail is one of a handful of females who can ratchet up speeds in excess of 80 miles per hour. Having debuted in T20Is in 2007, Ismail has been a permanent fixture in all former editions of the World T20, and at 31, still has plenty of steam left in the tank. As South Africa’s all-time leading wicket-taker, the onus would very much be on Ismail to provide quick fire breakthroughs and dovetail with fellow pacer Marizanne Kapp, as an adventurous Proteas team lock their sights on a maiden triumph.
Agencies 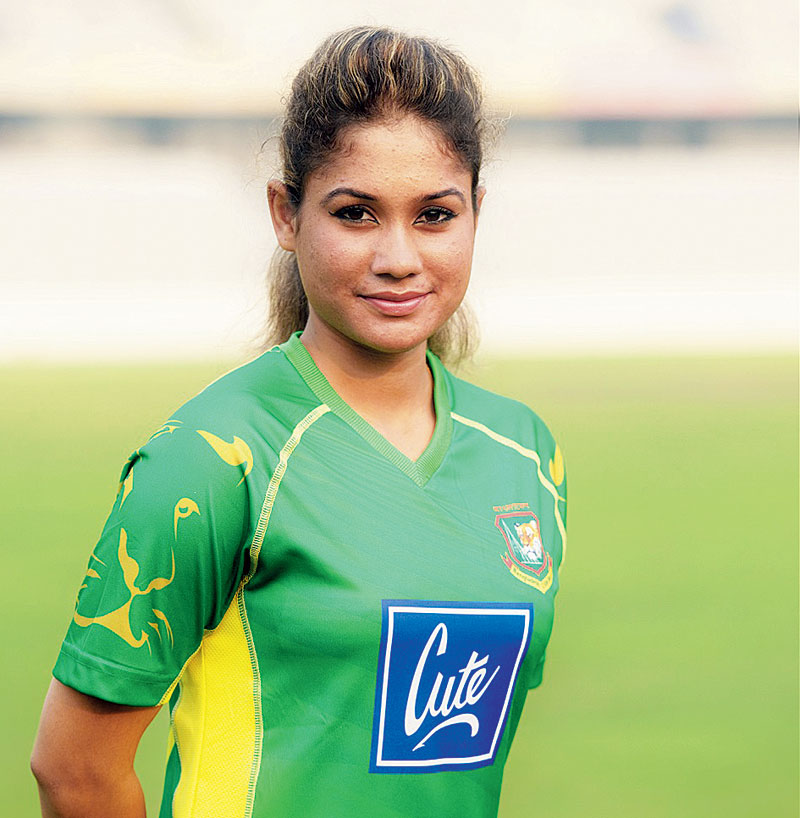 5

JAHANARA ALAM (BANGLADESH): Trailing only her captain Salma Khatun as Bangladesh’s most successful T20I bowler, Alam’s greatest cricketing moment till date came with the bat, when she hit the winning runs as Bangladesh upstaged India to claim the 2018 Asia Cup. One of the stand out bowlers in the last instalment of the World T20, Alam has a five-wicket haul to her name in T20Is, which she grabbed during a devastating bowling spell against Ireland in 2018. At 26, Alam is proceeding towards her prime and a good showing at the World Cup will only raise her stock in the women’s game, as she looks to solidify her place in the record books of Bangladeshi cricket.
Agencies 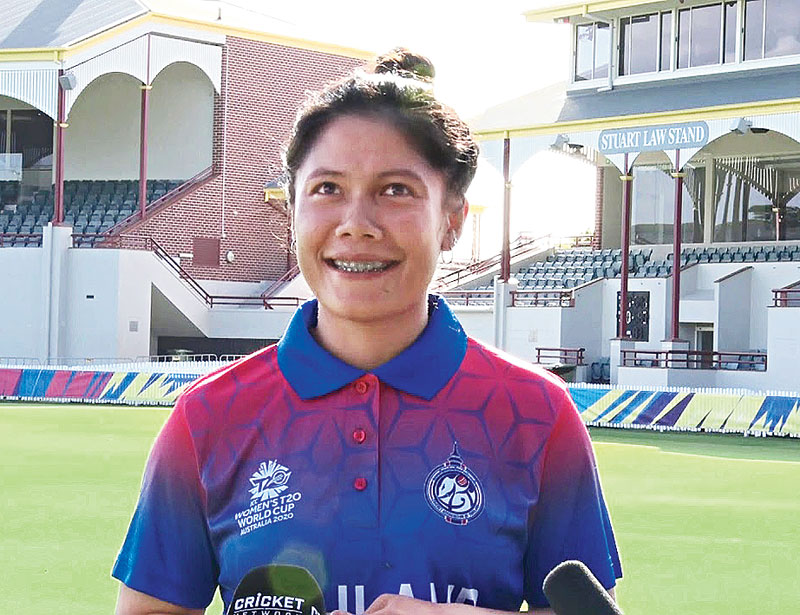 6

CHANIDA SUTTHIRUANG (THAILAND): Already most people’s “second-team”, Thailand’s implausible run to the World T20 is a feel-good tale of belief and determination. As one of the outstanding participants in this memorable journey, Sutthiruang was named the 2019 ICC Women’s Emerging Player of the Year. An accurate medium pace bowler, Sutthiruang was the leading wicket-taker during the World T20 qualifiers in Scotland last year. A graduate of Thailand’s promising under-19 programme, she has been one of the faces of Thai cricket’s remarkable rise in recent times, as her unheralded team have repeatedly overcome the odds to book their place in Australia. Like most of her team-mates, Sutthiruang has not gone toe-to-toe with the world’s best on too many occasions, but is unlikely to be daunted by the challenge of the World Cup. If the Thais are to script another surprise at their first major tournament, their wily pace bowler will have to strike big on the batting-friendly tracks of Australia.
Agencies 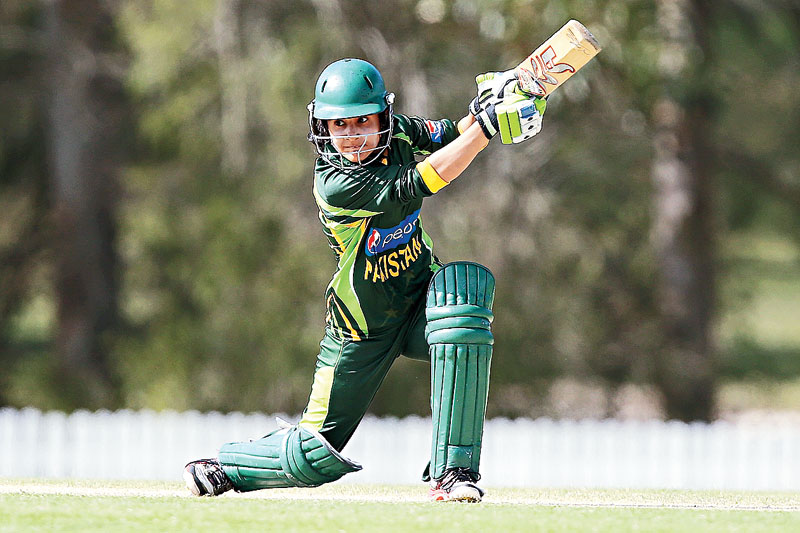 7

JAVERIA KHAN (PAKISTAN): A veteran of close to a 100 T20Is, Javeria is one of the key women in a Pakistan side that enters the tournament as one of the competition’s underdogs. A former captain of the women in green, Javeria comes to the World Cup on the back of a highly successful year in T20s, starring for the PCB Blasters back home, before extending her rich vein of performances for her country. The second-highest run-getter for Pakistan in T20Is, behind only Bismah Maroof, Javeria top-scored for Pakistan at the last T20 World Cup in the West Indies two years ago. Part of a group that is trying to find fresh talent, Pakistani fortunes will depend significantly on how well the youngsters can integrate around the vitalising influence of one of the team’s most accomplished players.
Agencies 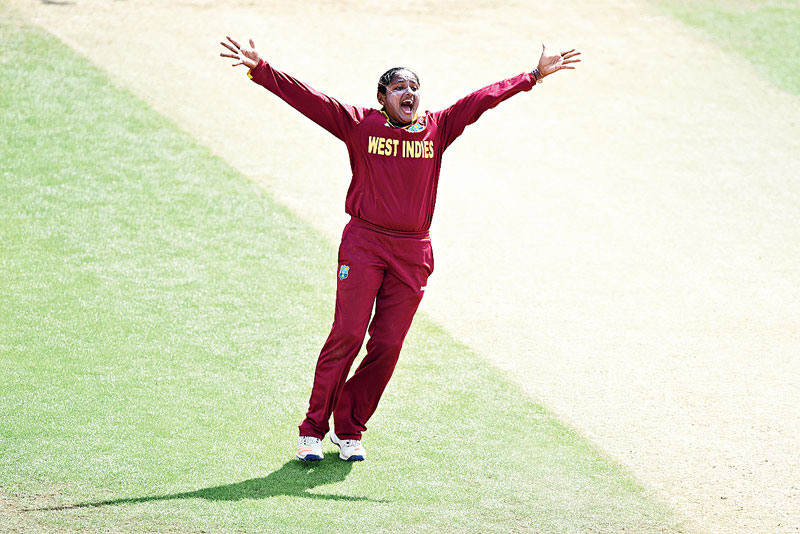 8

ANISA MOHAMMED (WEST INDIES): Having debuted for the West Indies at the tender age of 15, Mohammed is the highest T20I wicket-taker of all-time, with more than 100 scalps to her name. Not one to mince her words, Mohammed has made it clear that the Windies are on a mission to avenge their defeat on home soil from two years ago, when they succumbed to Australia, having beaten the kangaroos en route to victory in 2016. Mohammed catapulted to the top in T20Is after back-to-back four wicket hauls in 2010 in Sri Lanka, which preceded a sensational five-for against South Africa. Since then, there has been no looking back for the off-spinner, whose wealth of insights and experience will be pivotal as the Caribbean queens seek to spoil the Australian party.
Agencies 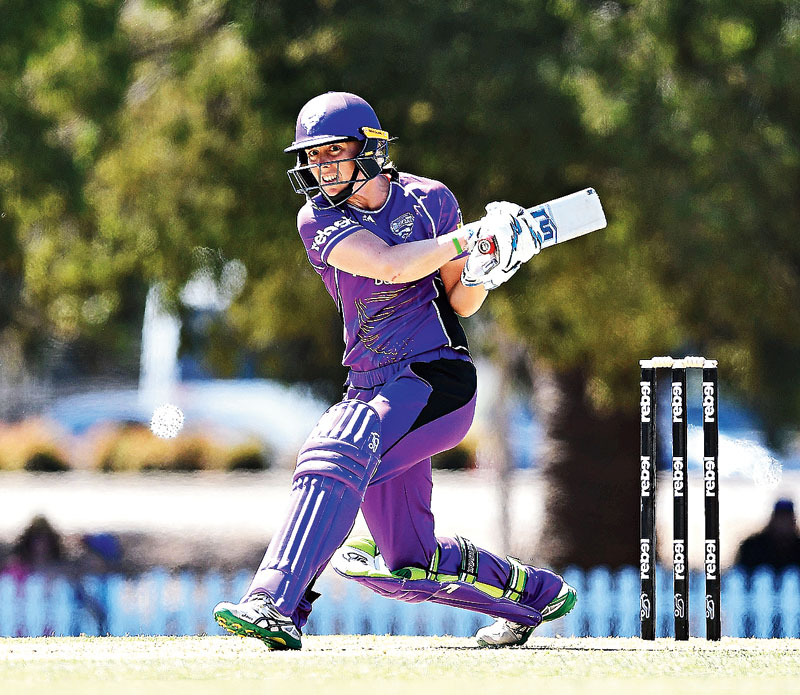 9

HEATHER KNIGHT (ENGLAND): Charged with the mantle of replacing the legendary Charlotte Edwards as England’s captain in 2016, Knight has proved herself to be a leader of distinction, securing the 50-over World Cup at Lord’s a year later. In T20Is, however, her form has been surprisingly underwhelming, with the right-handed batswoman going past 50 only once in over half a century of matches for her country. With England poised to be the closest challengers for Australia’s crown, the pressure is on Knight to come good on the grand stage, and judging by her ability to rise to the occasion in the past, there is no better opportunity for this beleaguered champion to reassert her mettle and lead by example with the bat.
Agencies 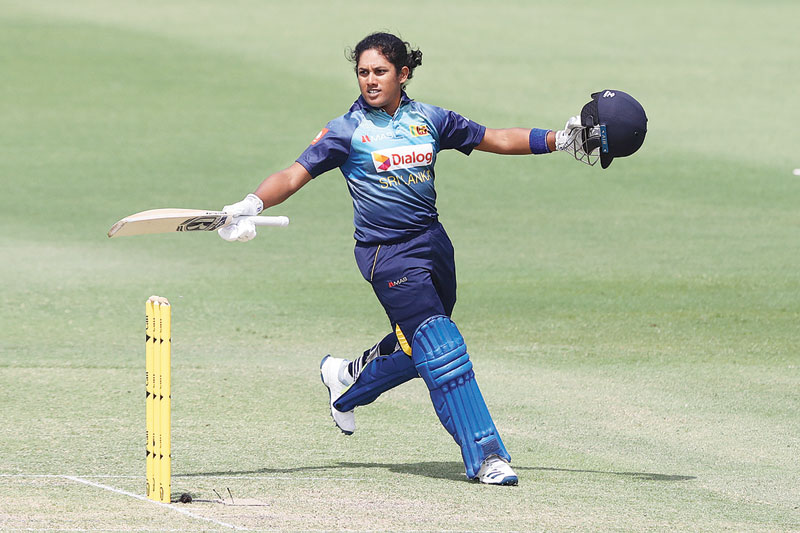 10

CHAMARI ATAPATTU (SRI LANKA): Sri Lankan dreams of progressing at the World T20 are resting firmly and squarely on the shoulders of their captain and leading limited overs run-scorer. A fierce opening batswoman capable of taking the attack to any opposition bowling line-up, Atapattu enjoyed a marvellous 2019, during which she struck a fabulous T20I century against Australia, the first of her career. Her valuable experience with the Melbourne Renegades and the Yorkshire Diamonds in T20 franchise leagues will also come in handy as she tries to make the most of a squad with limited resources. Sri Lanka are yet to qualify beyond the first round at the T20 World Cup, but history could be sent for a toss should their messianic skipper come to the party in Australia.
Agencies 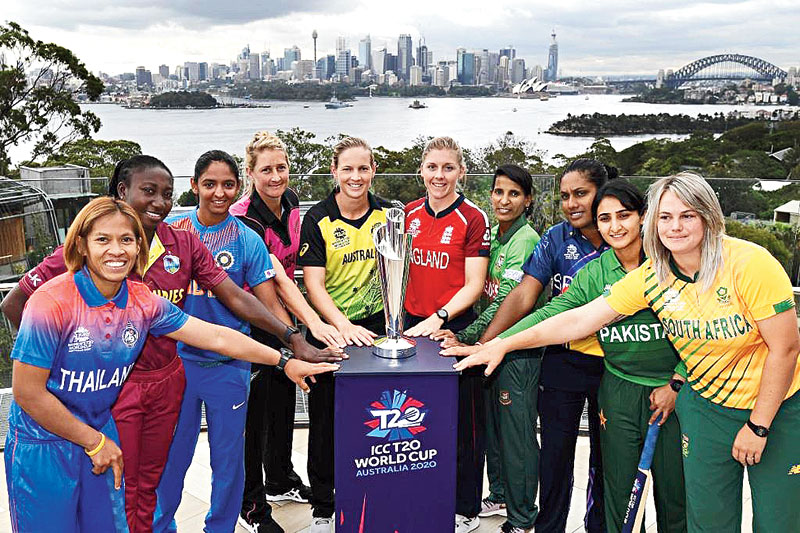 3: Only three teams have lifted this World Cup till date, with England, Australia and the West Indies etching their place in history.

3: The English have lost the most World T20 finals after prevailing in the very first instalment. Interestingly, all three losses have come at the hands of their eternal nemesis, Australia.

4: Hosts and favourites Australia have won the World T20 on four occasions, three of which came consecutively between 2010 and 2014. They are also the defending champions, having been crowned winners last time around in the Caribbean.

5: for 5 The best figures by any bowler at the World T20, a product of an inexorable spell by West Indian Deandra Dottin against Bangladesh in 2018.

7: This year marks the seventh edition of the women’s T20 World Cup, which was launched in 2009, two years after the men’s version witnessed its opening run. 2020 is the first time Australia are hosting the tournament, with the West Indies being the only nation to have organised the competition twice (2010, 2016).

7: The number of matches Australia and England have lost in World T20 history, the joint-lowest for any team.

13: England’s Anya Shrubsole was unstoppable in 2014 as she picked up 13 wickets, the most for any bowler at a single World T20.

16: Jenny Gunn from England has been the most successful fielder in the history of the competition, with 16 catches against her name, between 2009 and 2016.

18: Although this is the women’s World Cup, men can still be seen operating on the field, in the capacity of umpires, a role South Africa’s Marais Erasmus has featured in for a record 18 times at these world championships, though he will not be officiating in Australia.

20: The greatest number of dismissals claimed from behind the stumps, accredited to New Zealand’s Rachel Priest.

22: The West Indian women have always possessed plenty of batting firepower, but perhaps nobody has been as destructive as Deandra Dottin, the hitter of most World T20 sixes with 22.

24: England’s former captain Charlotte Edwards led in more World T20 matches than anyone else, while of the present skippers, Australia’s Meg Lanning has the most experience, with 18 matches to her leadership credit, including the victorious final of 2018.

36: Australia’s Miss Versatile, Ellyse Perry has registered more wickets than anyone else in World T20 cricket, and will surely add to her list of victims on home soil.

46: The miserly total that Bangladesh stuttered to against a rampant West Indian attack in 2018, making it the lowest score in World T20 history.

126: The top-most individual score at the World T20, belonging to Meg Lanning and notched up at the expense of Ireland in 2014.

163*: The highest partnership in World T20 history, stitched together by the South African pair of Lizelle Lee and Dane van Niekerk, against Pakistan in 2014.

257: The highest tally of runs accumulated by a batswoman in a single edition of the World T20, amassed by the dexterous Meg Lanning of Australia.

354: India and New Zealand kicked-off the 2018 instalment in style with a run fest, whose aggregate score of 354 remains unmatched at the World T20.

881: New Zealand’s iconic Suzie Bates holds the record for most runs in the history of the women’s T20 World Cup, though her stellar showings with the bat are yet to yield a title for her nation.

100,000: The potential size of the audience in attendance for the 2020 final at the Melbourne Cricket Ground, as this year’s World Cup culminates on March 8, the occasion of International Women’s Day.