POLITICS AND PLAY | A book that shall never be written 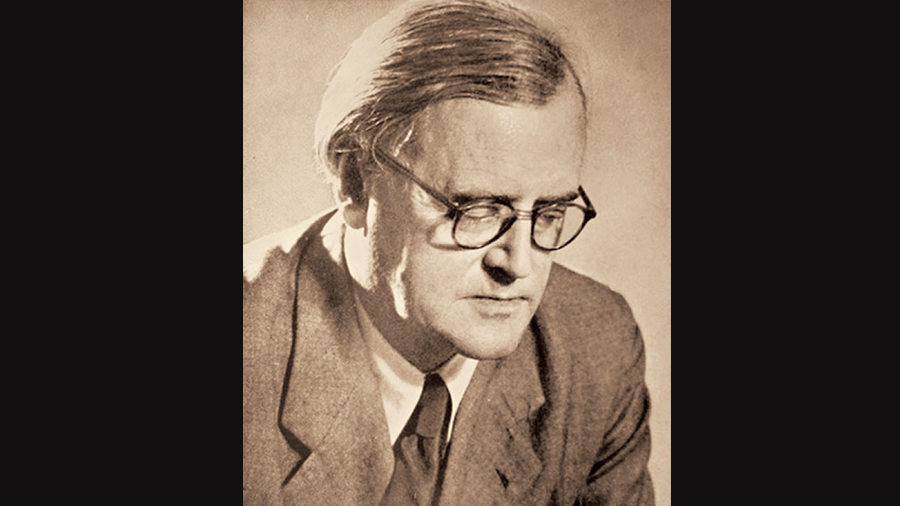 A recent article in the Financial Times narrates, with scrupulous detail and objectivity, the astonishing surge in fortunes of a businessman from Gujarat in the years and months since Narendra Modi became prime minister in May 2014. One paragraph in the article runs: “When Mr Modi took office, he flew from Gujarat to the capital New Delhi in Mr Adani’s private jet — an open display of friendship that symbolised their concurrent rise to power. Since Mr Modi came into office, Mr Adani’s net worth has increased by about 230 per cent to more than $26bn as he won government tenders and built infrastructure projects across the country."

While I have never met Mr Modi, reading this article brought back memories of when — had I so wished — I could have met and even worked with Mr Adani. The background was as follows. In September 2013, I published a book called Gandhi Before India, which dealt with Gandhi’s upbringing in princely Kathiawar, his education in imperial London, and his career as a lawyer and activist in South Africa. In December of that year I spoke about my new book at a literary festival in Mumbai. After my talk, a young man came up and introduced himself as an aspiring writer. He said he wanted to discuss something important. However, I had to leave immediately for the airport to take a flight back to Bangalore. Since I couldn’t stay back to chat, I gave the young man my email address so that he could write to me about whatever it was that he wanted to talk about.

A few days later the young man mailed me, saying he was working with a consultancy firm “to put together a project — Biography of Gautam Adani”. His firm, he said, “has been in discussion with Mr. Adani on the biography”. He added that “a well-known literary agent has indicated that multiple top publishers are keen on the project”.

My correspondent told me that since both his firm and the Adani Group were “very keen on a high-quality, in-depth exercise, we have been looking for someone who could be a mentor and an advisor on the project”. They hoped that this ‘mentor’ and ‘advisor’ would be me. So my correspondent now proposed a meeting between a representative of the firm, “Mr. Gautam Adani and yourself”.

Since I visited Gujarat often (to do research on Mahatma Gandhi), even back in December 2013 I had some idea who Gautam Adani was. I knew him to be a businessman very close to the man who had been chief minister of Gujarat since 2001, Narendra Modi. Even back then, Mr Modi sometimes flew in Mr Adani’s private plane. Friends in Ahmedabad had told me of how the Gujarat government had fast-tracked approvals for Adani projects along the coast, which had displaced fisherfolk and destroyed mangrove forests.

By December 2013, it was overwhelmingly likely that Mr Modi would become the next prime minister of India. When that happened, Gautam Adani would perhaps be bestowed with more favours still. Sensing that he would grow more influential and important, he was now contemplating having a Life published of himself, in whose writing (or ghost-writing) his advisers thought this biographer of Gandhi should play a key role.

The offer to write a Life of Gautam Adani was by no means the only unsolicited commission that I had received. Many years before I began working on Gandhi, I wrote a biography of Verrier Elwin, the British-born anthropologist who was the foremost authority on India’s tribal peoples. Published in March 1999 by Oxford University Press, under the title, Savaging the Civilized, my biography of Verrier Elwin got decent reviews and sold moderately well for a work of scholarship. A month or two after the book appeared in print, I got a telephone call from a senior and well-respected librarian in New Delhi, whom I knew slightly. Would I, said the librarian, be interested in writing a Life of the prime minister, Atal Bihari Vajpayee? Mr Vajpayee’s family had asked him for names, and the librarian, seeing notices of my Elwin book, had thought of me. He had already spoken to OUP, and they were keen on the project.

The librarian told me that apart from the wide general interest in a book on the prime minister, no doubt every government department and sub-department would buy multiple copies as well. It would be translated into Hindi for many state governments and all the Rashtriya Swayamsevak Sangh shakhas to order copies. The (financial) rewards would be substantial. But I was not persuaded. For one thing, a ‘commissioned’ biographer would not be able to write frankly and freely about a politician in power. For another, although Mr Vajpayee himself was a man of intelligence and charm, I intensely disliked his party, the Bharatiya Janata Party, whose brand of Hindu majoritarianism was so radically opposed to Gandhi’s own pluralistic and inclusive form of Hinduism. I did not know the librarian well enough to tell him my frankest feelings, so I instead muttered something about Verrier Elwin being essentially a minor figure, an ex-missionary turned amateur scholar. While I could perhaps write on Elwin, I did not, I said, consider myself qualified to write on such an esteemed personage as our honourable prime minister.

The offer to write a Life of Atal Bihari Vajpayee was the first time I was asked to write a ‘commissioned’ biography. It would not be the last. After I published a book on cricket in 2002, two cricketers, one still playing, the other recently retired, asked whether I would collaborate with them on telling their life stories. After I published a history of independent India in 2007, the son of a recently deceased Congress politician asked me to help with a book about his father, while a still-serving Congress politician asked me to write a book about himself. Along the way, the acolytes of one of India’s most famous scientists asked me to write a book on their living hero for his 80th birthday, while the family of one of India’s most respected economist-administrators asked me to write a biography of their recently deceased patriarch. There were unsolicited offers to write lives of other famous, powerful or wealthy Indians as well.

I refused all these commissions. Some I turned down because I had writing commitments of my own; others because I knew I was not qualified for the task. I had no desire to help in massaging a retired cricketer’s ego; and absolutely no competence or credibility to write about the research interests or intellectual achievements of a distinguished scientist. In any case I had an aesthetic aversion to the idea of a ‘commissioned’ or ‘authorized’ biography. I would want to write a Life of an individual because of my own inner urges, my own interest in that person, not because someone with deep pockets had asked me to.

I wrote a book on Verrier Elwin because it was Elwin who changed my life. I was an indifferent student of economics when I came across his work; it was reading Elwin that inspired me to do further studies in sociology and social history. I wrote on Gandhi because I had been interested in his life and legacy from the time I was a student. Later, as a working historian, I had found masses of rare materials on Gandhi in archives around the world, and this inspired me to embark on a two-volume biography of the man.

By the time the offer to work on a biography of Gautam Adani arrived in my inbox in December 2013, I was a practised hand in turning down such assignments. So I sent off a reply to the young man and his consultancy firm saying that I couldn’t be ‘a mentor and an advisor’ on their Adani project since I was busy working on the second volume of my Gandhi biography.

I shared the original letter of solicitation with some friends, adding: “I suppose the only reason to accept would be so that I could title my memoirs: ‘A Biographer’s Journey: From Gandhi to Adani’.” One friend suggested a crisper and better title for that prospective (but happily never to be written) book: ‘Adani After Gandhi’.