The Assam government is planning to develop Bhuban Hills of Cachar district in the Barak Valley as a major tourist destination of Assam. 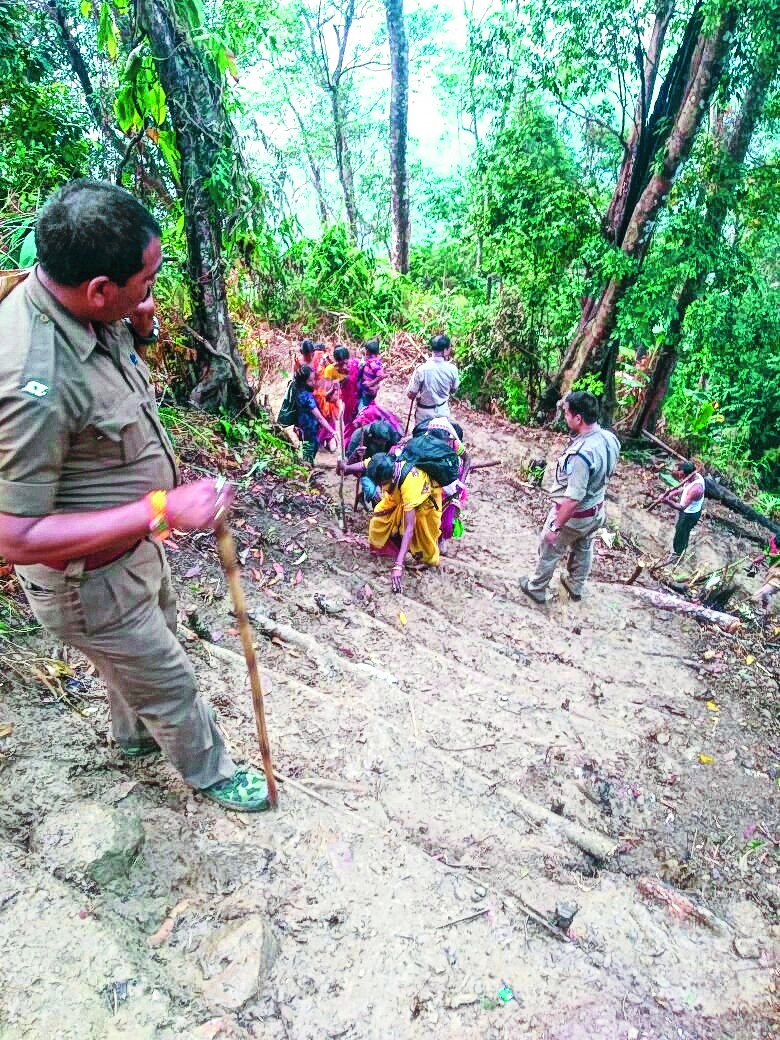 Bhuban Hills (Cachar), March 8: The Assam government is planning to develop Bhuban Hills of Cachar district in the Barak Valley as a major tourist destination of Assam.

The state PWD, fisheries and excise minister, Parimal Suklabaidya, said the government was keen to develop Bhuban Hills like the Kamakhya temple at Nilachal Hills in Guwahati.

The Bhuban Hills, in the southeast of Barak Valley bordering Manipur and Mizoram, is a popular pilgrimage destination.

The Shiva temple, nestled on top of the hills covered with deep forests, is associated with many legends. Lakhs of people congregate during the traditional Bhuban Fair, organised here on Mahashivratri every year, about 40km from Silchar town.

Keeping a daylong fast, pilgrims from across the region climb the hills and worship Shiva after taking a dip in a pond near the temple.

"Climbing the hills is indeed a difficult task," said Santosh Ree, a pilgrim who came from a far-flung area, along with his family members.

However, the road leading to Bhuban Hills has been in a pathetic condition for sometime.

Suklabaidya, who represents Dhalai constituency where Bhuban Hills is located, said he will prepare a draft proposal for introduction in the Assembly regarding its development as a tourist spot.

"It can be great tourist attraction for the people," he added. He also said Rs 50 lakh was sanctioned to modernise the climbing route up the hills and work was under way.

Suklabaidya has also instructed the district administration to make the hills free from liquor and cannabis.

The popular myth about the Bhuban Hill is that in ancient times, the hill abounded with images of Hindu gods and goddesses.

Subsequently, Naga saints, who settled near the hills, assumed the images to be those of their ancestors and decided to shift them to one place.

They used ropes to tie the images at the waist to drag them.

A curse befell the ones dragging the statues and they were hurtled hither-thither and were instantly turned into stone.

A nearby raised stone altar with a Naga saint offering prayers to a deity and apparently atoning for the sins of his ancestors, is said to be a testimony to the myth.

The superintendent of excise in Cachar district, Sunil Sinha, said the department has this time managed to maintain decorum to some extent by preventing alcohol in the area.

"We carried out massive raids and destroyed huge quantities of spurious liquor. All the pilgrims were checked and alcohol was confiscated. For the first time such strict vigil was maintained during Mahashivratri in Bhuban Hills," Sinha said.

The president of the Bhuban Hills committee, Mahabir Jain, said they have been demanding the development of the hills as one of the tourist spots of the state.