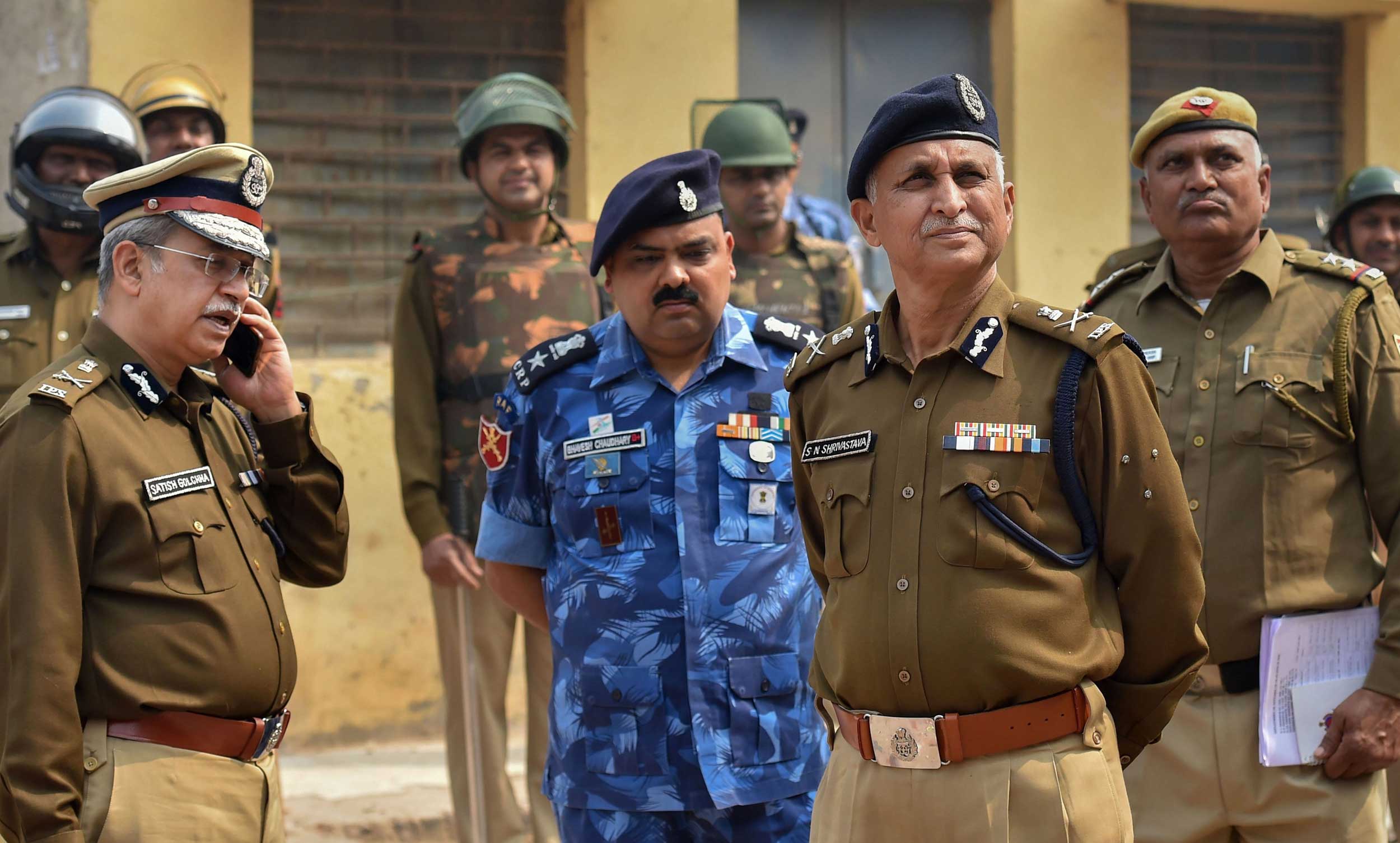 Police personnel in Delhi beat up two wounded riot victims, poked at an unconscious person with a baton, and a woman constable said she would not mind if any of the injured died for “our people are also dying”, a dentist has told The Telegraph in an eyewitness account.

The account was shared with this newspaper a day after it emerged that a 23-year-old injured man seen lying on the ground with four others — some of whom were beaten with sticks, kicked and made to sing the national anthem by men in police uniforms — had died.

Faizan, who died on Thursday, and the other four were shown in a video as being beaten by the police and asked to sing the national anthem as they lay wounded on a northeast Delhi street on Monday.

The fact-checking portal, Alt.News, has said it has verified the video with the help of a second video — a view of the same incident from an elevated location — in which a man is heard in the background condemning the police brutality.

Dentist Meraj bin Ekram said he was accompanying three injured men from the Al Hind Hospital, a nursing home in northeast Delhi where he works, to the better equipped Guru Tegh Bahadur Hospital on Monday.

Two of the patients, with head injuries and in bandages, were travelling in an auto-rickshaw with him while the third, who was unconscious, was being wheeled on a stretcher trolley.

This was because mobs and police roadblocks had prevented ambulances from reaching Al Hind. (The first ambulance reached Al Hind only around 1am on Wednesday after a Delhi High Court directive to the police during a midnight hearing.)

Ekram had hoped the police would let the auto and the trolley through the roadblock. But they were stopped at a barricade near Brijpuri.

From among the dozens of police personnel at the barricade, the dentist said, four men in flak jackets, jeans and sports shoes approached the auto. They asked the two injured men to show their ID cards, accused them of rioting and ordered them off the three-wheeler.

One of the men used a stick to prod the unconscious man on the stretcher to see “if he was dead or alive”. Ekram said he intervened and said that if the patient was handled in such a manner, he could die.

He said he heard a woman constable reply: “If he dies, he dies. Our people are also dying.”

The driver of an ambulance parked nearby on the other side of the barricade then offered to carry the unconscious man to the GTB Hospital, Ekram said.

By then, the police were beating the other two injured with batons, Ekram said. “I was scared; I fled,” he said. “I don’t know what happened to the two injured men who were being beaten.”

Ekram added: “This is the truth. If I have to face consequences for telling the truth, I will.”

The close-shot video depicting the plight of Faizan, the man who died, shows five injured men on the ground, one of them bleeding, trying to sing segments of the national anthem. A policeman is heard saying: “Achchhi tarah ga (Sing it properly).”

The other video — 45 seconds of footage shot from a rooftop and posted on Alt.News — at one point shows a policeman kick one of the men lying on the ground. A man’s voice is heard in the background saying: “This is not Delhi police, they’re RSS goondas.”

Faizan’s family has alleged that he and the other men in the video were taken into police custody and beaten.

“He was beaten with iron rods. His legs were broken. His entire body had turned black because of the beatings. First, he was beaten on the road (and then after) the police took him away,” Faizan’s mother told NDTV.

The family had taken Faizan to a local doctor after the police released him on Tuesday. The doctor, Khaliq Ahmed Sherwani, told the television channel that Faizan’s blood pressure and pulse were low and he appeared to have suffered head injuries and internal injuries.

Faizan died at the GTB Hospital where many of the injured riot victims have been taken, the channel said.