Advertisement
Home / Entertainment / What did you miss? A round-up from BAFTA Awards

What did you miss? A round-up from BAFTA Awards

The event was held in London on Sunday. The highlights 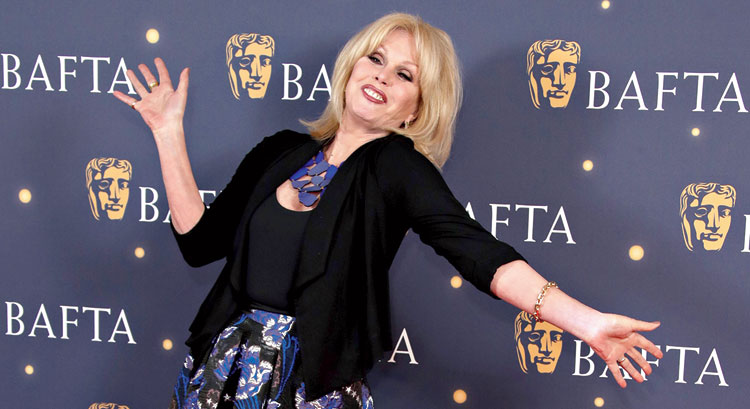 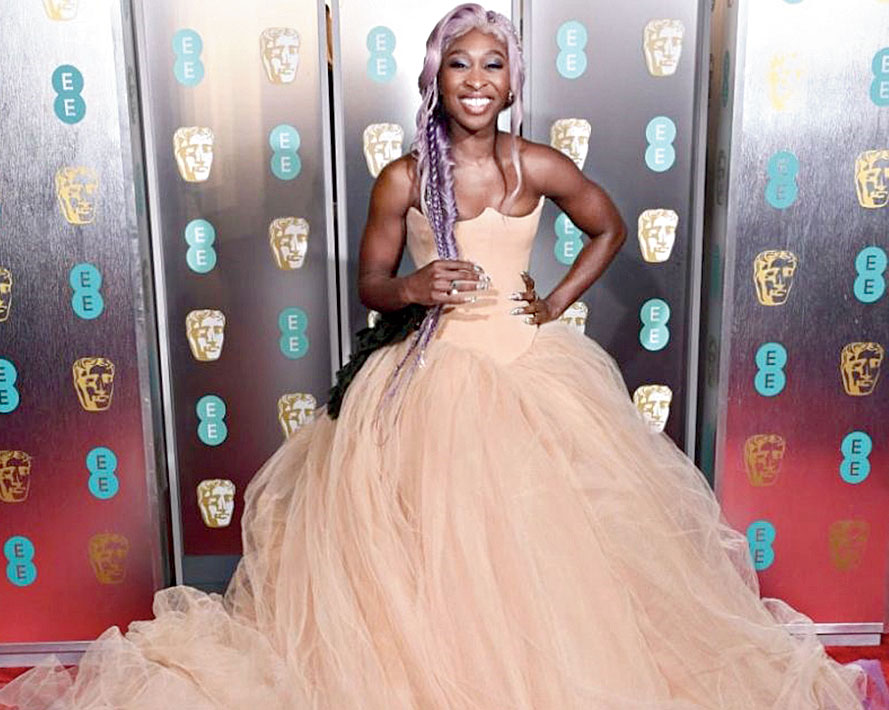 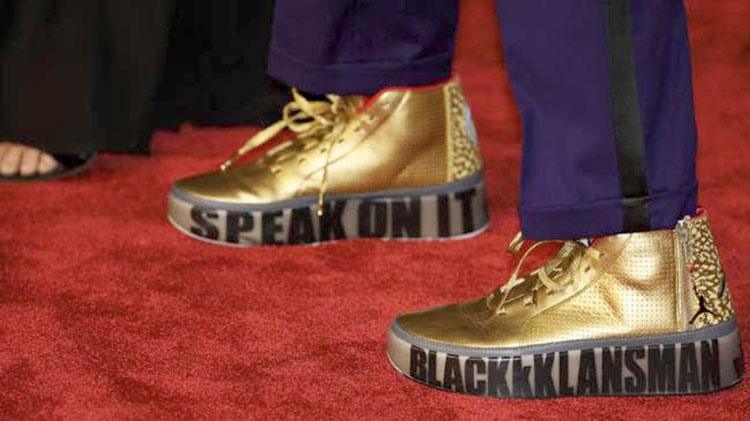 Roma continued its dream run in the awards season, with director Alfonso Cuaron snapping up the big honours for Best Film and Best Director. The black-and-white film, set in the 1970s, chronicles the life of a domestic help for a year in Mexico City and has won praise with critics and cinegoers alike. Cuaron thanked Netflix for having the “faith and courage to get behind a black-and-white film about a domestic worker, subtitled from Spanish, and bring it to audiences around the world”. “To see a film about an indigenous domestic worker embraced this way in an age when fear and anger propose to divide us means the world to me,” Cuaron said, to thunderous applause. Roma goes into the Academy Awards with a staggering 10 nominations.

BlacKkKlansman director Spike Lee wore the most interesting shoes of the evening — a golden pair with the name of his movie, and the words “speak on it” embosssed on the sole. 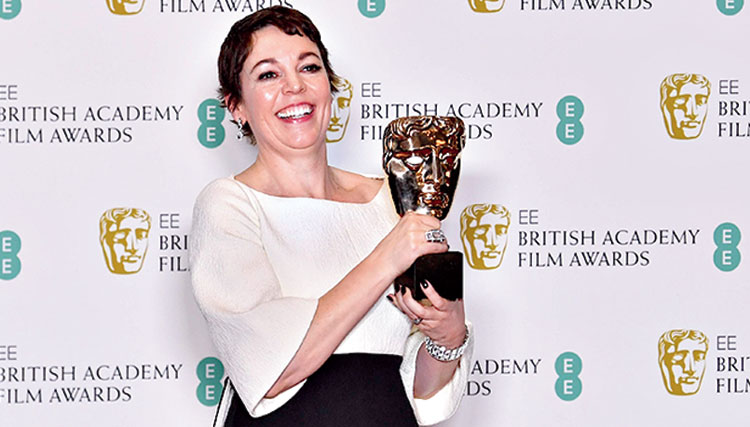 After last year, Joanna Lumley returned to host the awards, and while some of her jokes landed, many of them came a cropper. She did get the FROW tittering when she took a dig at the Oscars firing comedian Kevin Hart as host after a series of homophobic tweets, with “Thank goodness BAFTA actually has a host. But I suspect that may have something do to with the fact I’m not on Twitter!” However, the Absolutely Fabulous actress has landed herself in a racism row with her opening monologue in which she pointed to BlacKkKlansman director Spike Lee and actor Adam Driver and said she was “surprised it did so well at the Klan film festival”. Ouch!

Ruffled gowns were common, but none came with as much drama as British actress Cynthia Erivo’s peach tulle gown with mauve accents to match her mauve-coloured hair. 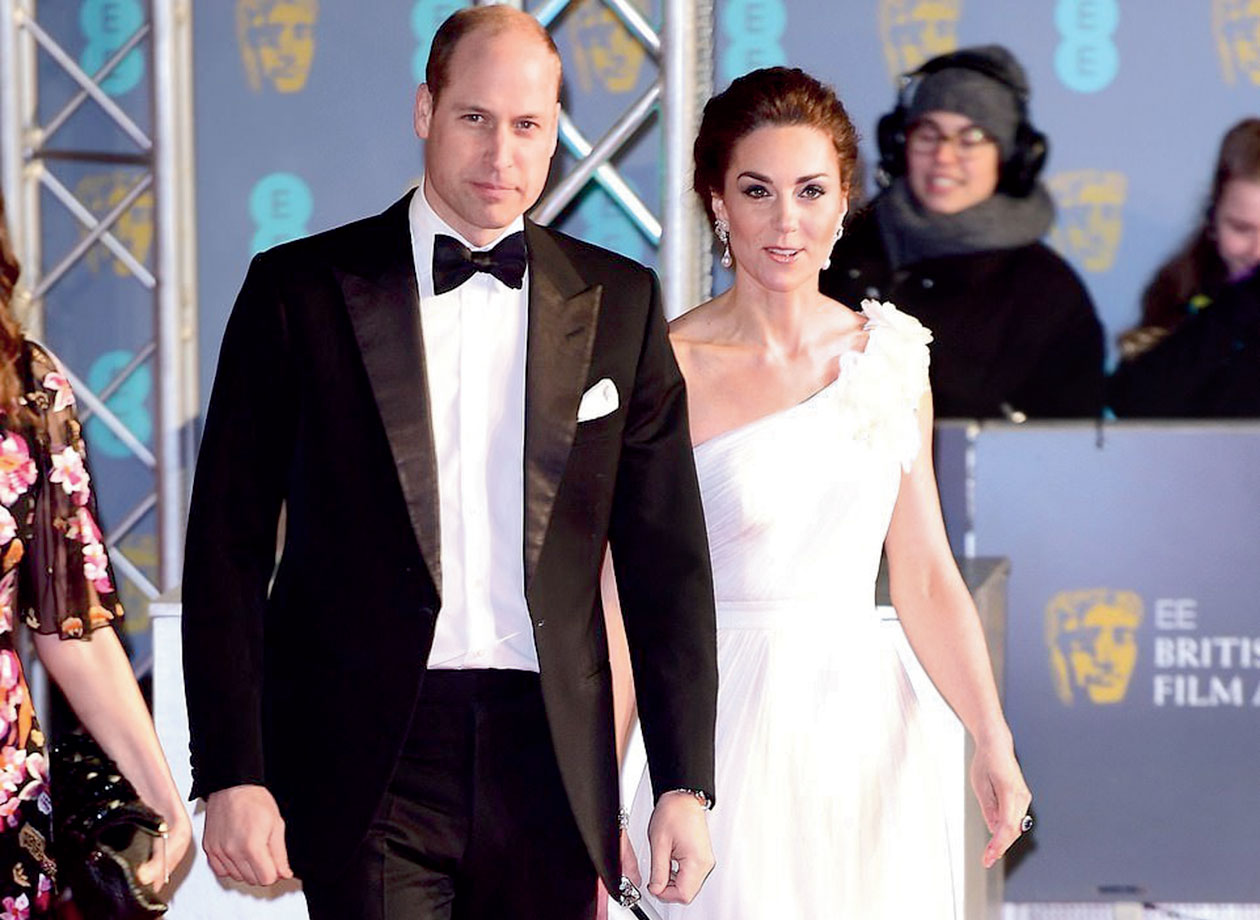 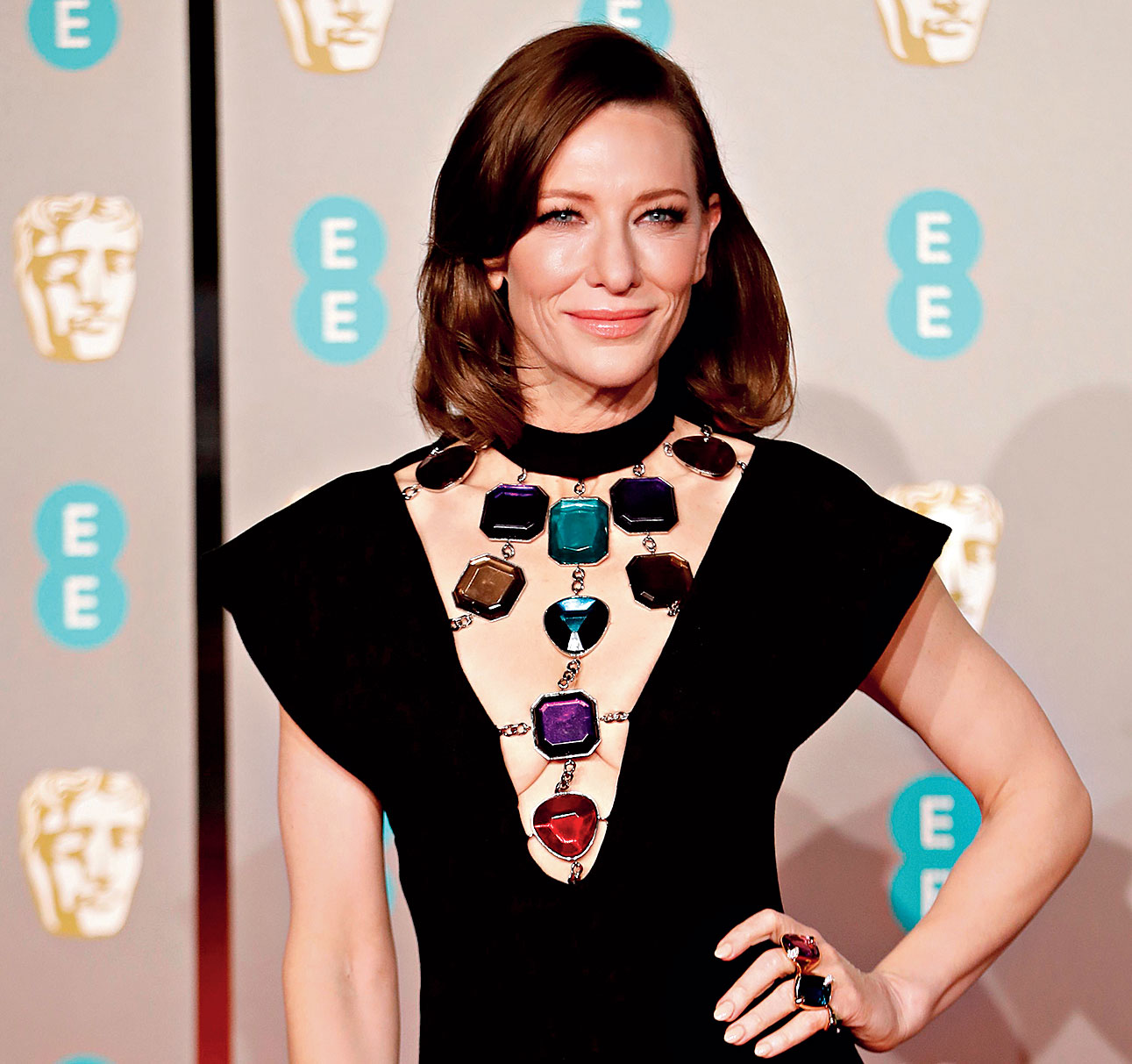 Olivia Colman edged out Glenn Close and Lady Gaga to take home the gong for Best Actress for her portrayal of the unstable, self-pitying and caustic Queen Anne in The Favourite, which was the big winner of the night with seven nods, including Best Supporting Actress for Rachel Weisz. After thanking her “bitches” — Weisz and The Favourite co-star Emma Stone — at the Golden Globes last month, Colman came up with yet another hilarious yet relatable speech at the Royal Albert Hall in London.

“I don’t know — I do, I do know what to say, I’ve actually written something down, I do know,” a “shaky” Colman said as she fished out a piece of paper from her dress pocket. She went on to apologise for her nervousness, drawing chuckles from the audience with, “We’re going to get so pissed later!” She also described Stone and Weisz as the “best and classiest and coolest honour guard any woman could ever have”, before tearing apart the paper in her hand to make sure she hadn’t missed anyone!

Cate Blanchett debuted her newly-dyed brown hair, but what had everyone talking was her low-cut black gown with a jewel-encrusted bodice. The dress soon became a rage on social media, with many comparing it to supervillain Thanos’s Infinity Stones from the Avengers films! 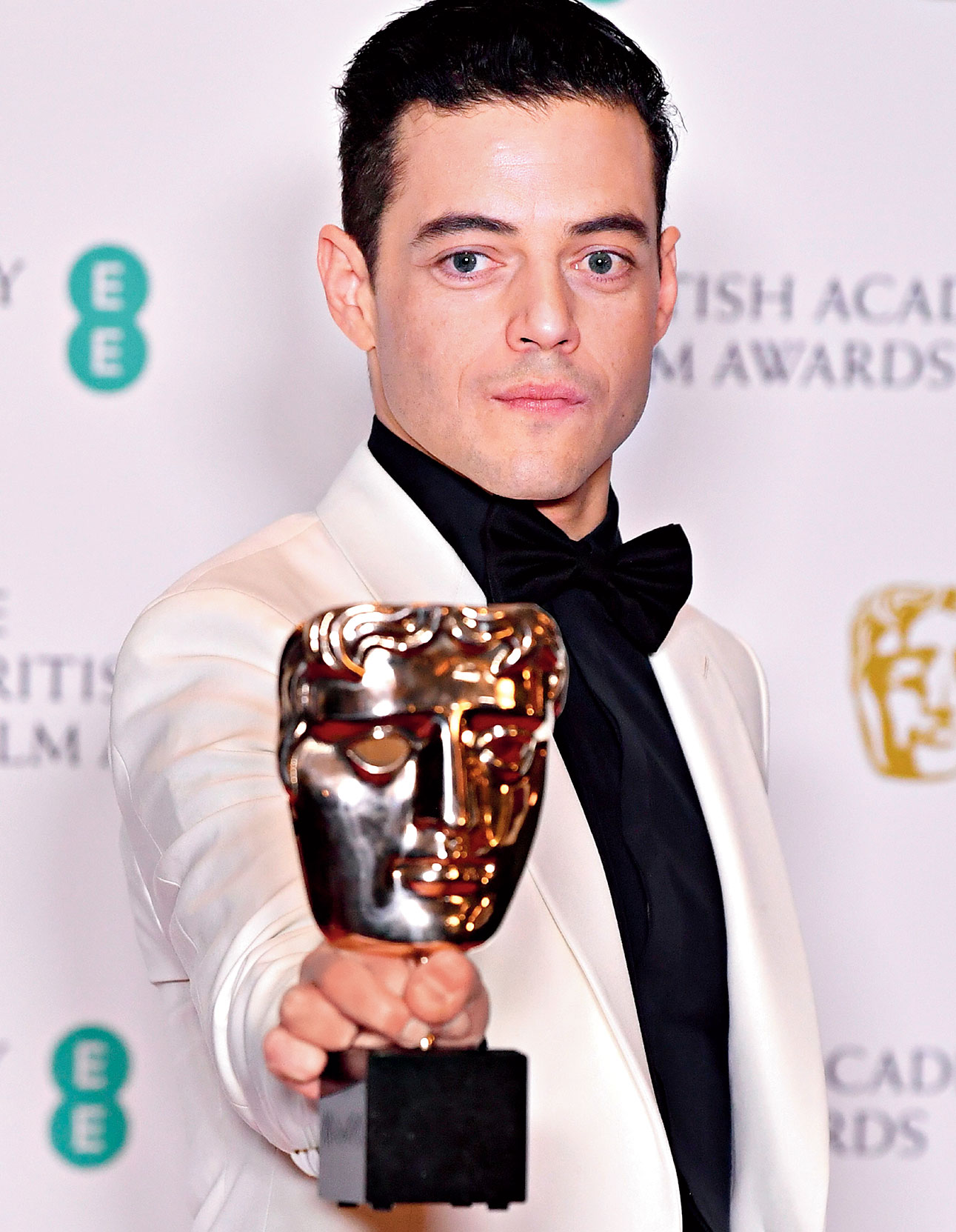 Royalty on the red carpet

Prince William and Kate Middleton made their annual appearance on the BAFTA red carpet. While William was dapper in a black suit, all eyes were on Kate who looked stunning in a white Alexander McQueen one-shoulder gown accessorised with diamond and pearl earrings, that once belonged to Princess Diana. 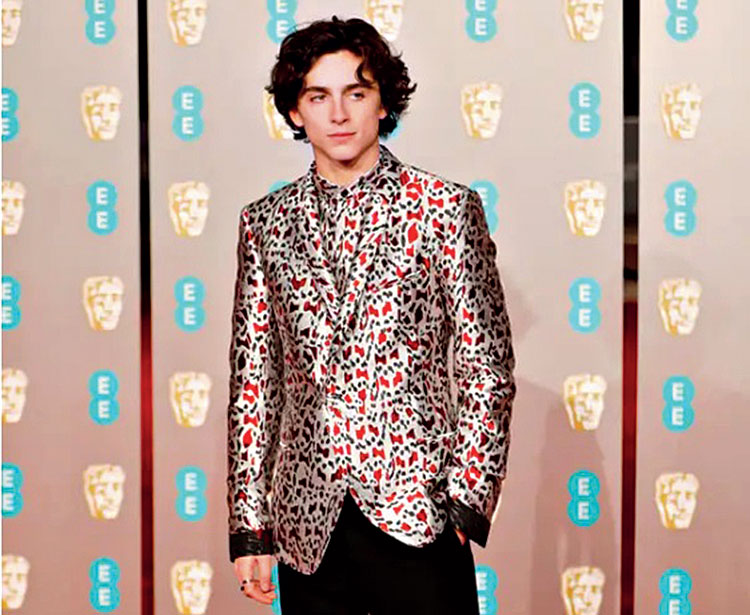 Rami Malek is well on his way to his first Oscar. The 37-year-old Egyptian-American actor won Best Actor for his turn as Queen rockstar Freddie Mercury in Bohemian Rhapsody. “This is truly extraordinary. I cannot believe I am included in this group of actors. I’ve entered this world as an outsider,” said Malek, referring to Freddie Mercury as “the greatest outsider” who was “unwavering, so uncompromising and so wonderful in every which way”. Bohemian Rhapsody also won a BAFTA for Best Sound and goes into the Oscars, to be held later this month, with five nominations. 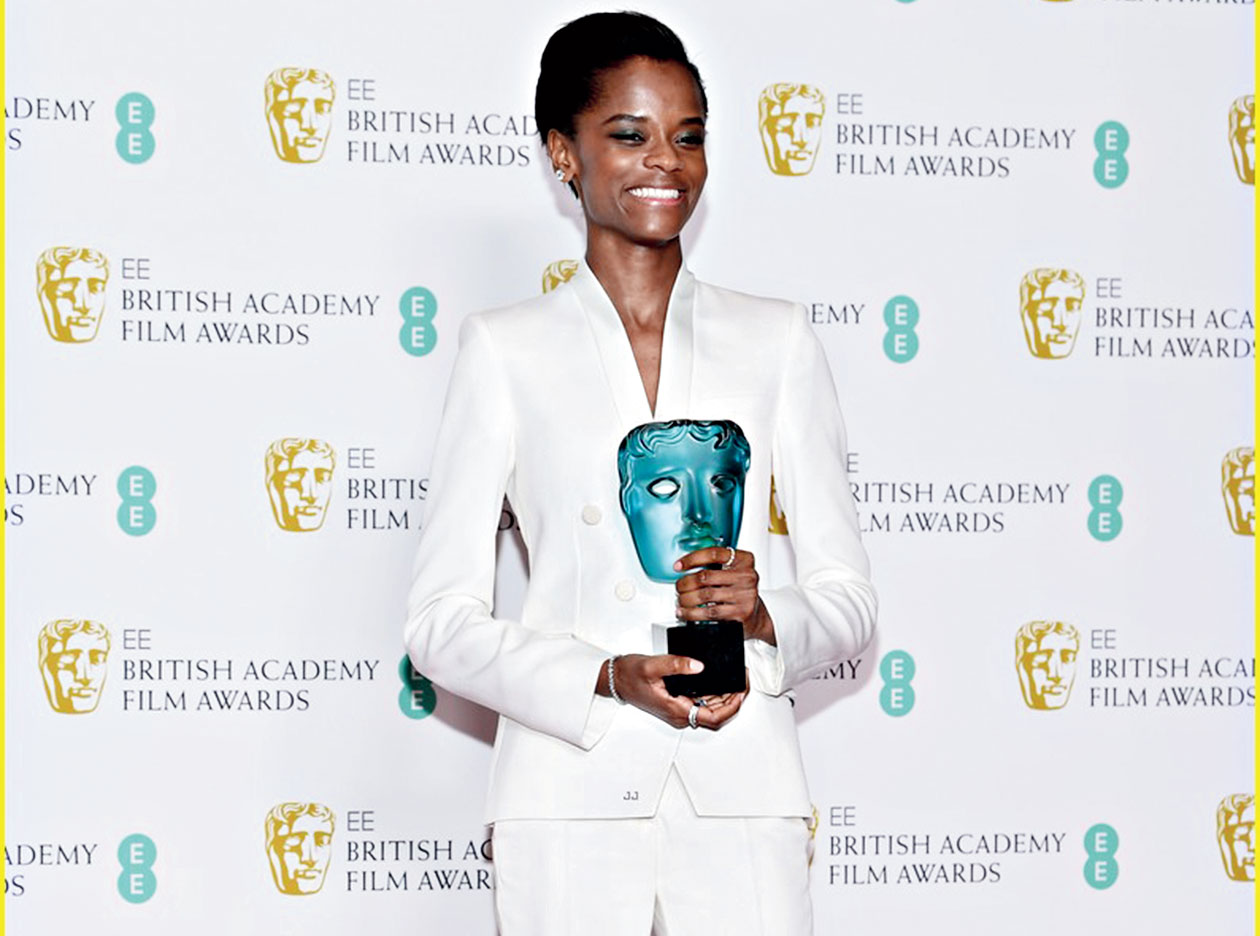 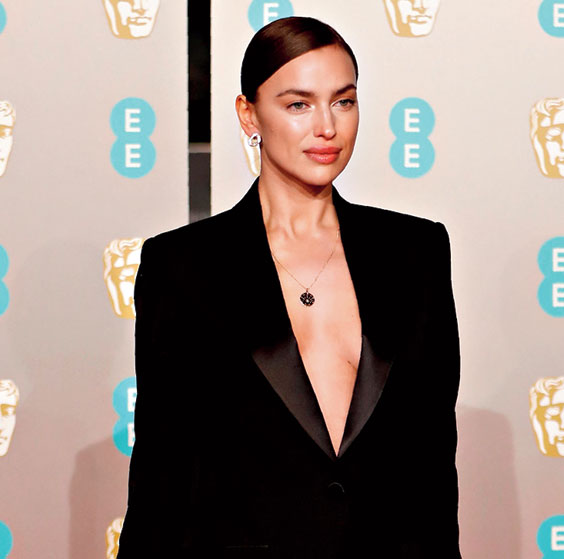 In a sea of gowns, Letitia Wright and Irina Shayk stood out in their sharp suits. While Wright — who won the Rising Star award for Black Panther — made an arresting figure in a white Stella McCartney Pre-Fall 2019 number, supermodel Shayk — in the audience to support partner Bradley Cooper’s A Star is Born — rocked understated glam in a Burberry suit. 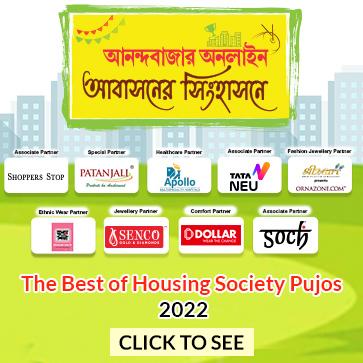