Who are we? Are we doomed to our fate? Where do we go when we die?

At home with the quiet pitter-patter of rain at the window, a plateful of homemade lunch, and a remote control flitting between Animax and Cartoon Network. This was childhood to many of us, who found depth and solace in anime, when other cartoons didn’t always hit home.

Whether it’s a lesson of love for all beings in Pokemon or the imperfection of human nature in Cardcaptors, anime made sure to tell us that most things are in the grey. And during a long, quiet lockdown, we often find ourselves brimming with questions- Who are we? What is life? Where do we go when we die?

So, while were are home again, rethinking of our place in the modern world, here are some meaningful anime shows you can visit (and revisit!) to laugh, cry, and reflect upon, and go looking for answers to life’s most elusive questions. 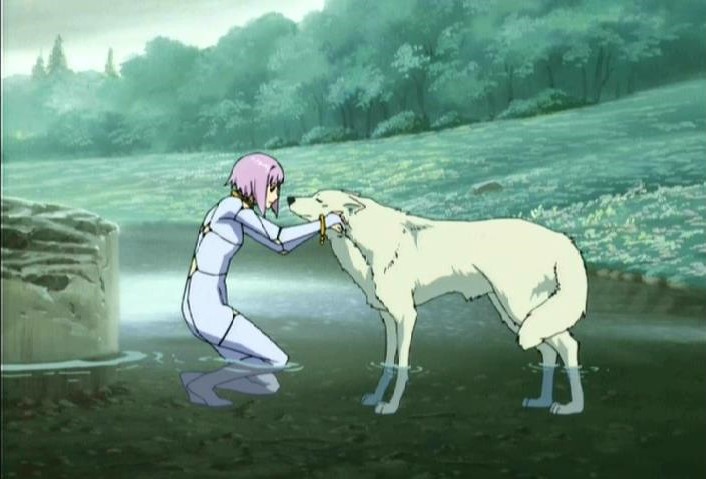 1

Cheza, the lunar flower personified, greets lone wolf Kiba on their quest to Paradise
Still from the show

The earth’s decay has fed several disquieted plots over time, but what sets this anime apart is the quest and its inevitability. In a post-apocalyptic world, humans live in domed cities surrounded by wasteland. Wolves, who have been hunted to near-extinction and are now hidden among mankind, may be the key to finding Paradise, and the continuation of mankind on earth. Four lone wolves cross paths, and try to sniff out the Lunar Flower, which legend says can lead them to Paradise.

This show explores various themes. Just what is paradise? What does it look like? Who is allowed to go there? Is it real? Does it matter? And is any price really acceptable, when it comes to love? 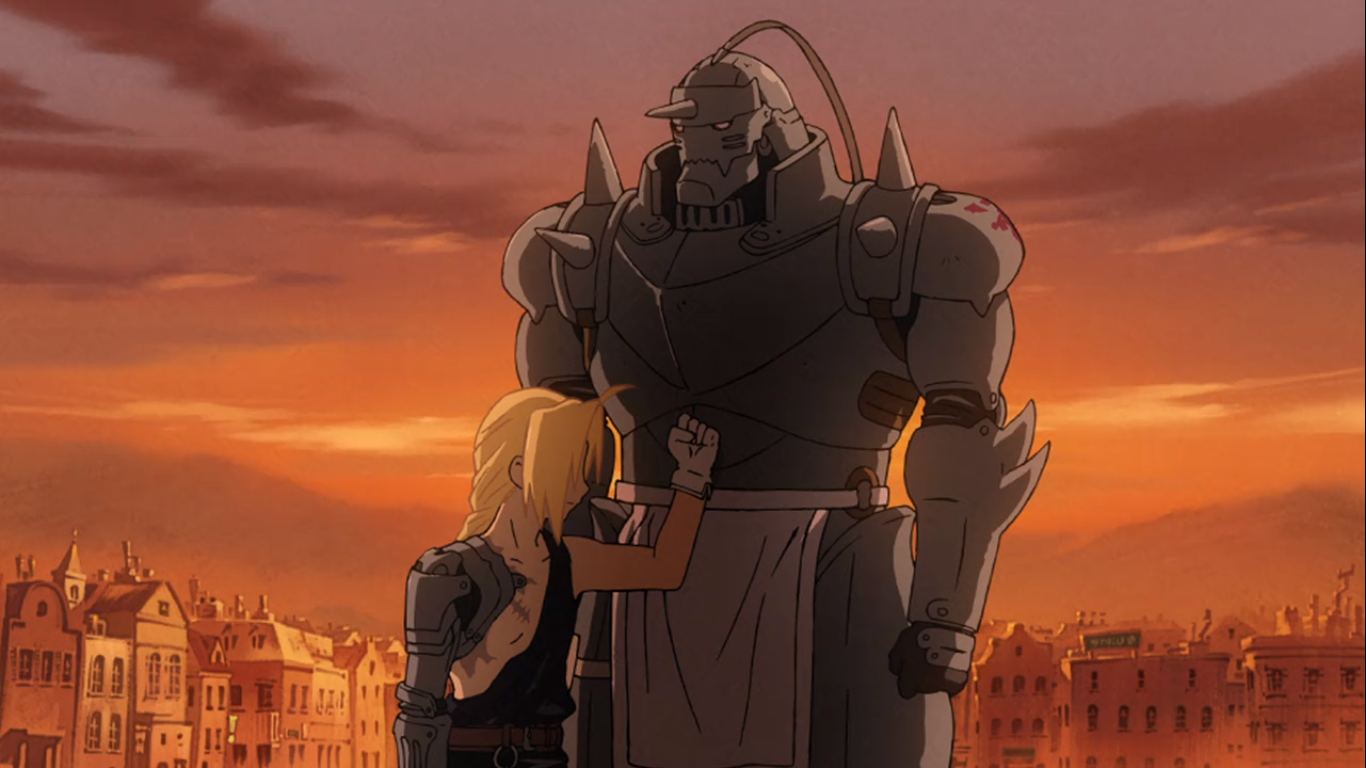 “To obtain something, something of equal importance must be lost” this is the absolute rule of equivalent exchange, what maintains balance in the world of alchemy. A rule, which brothers Edward and Alphonse break to bring their mother back from the dead. The transmutation backfires and leaves Edward missing an arm and a leg, and Alphonse with only a suit of armour to cling his soul to. And that is where the tale begins. From battles and intrigue to adventure and a heavy helping of comic relief, this series is great for both die-hard fans and beginners to explore, as the two brothers go out on a perilous journey and attempt to retrieve what they lost. Not to mention the Seven Deadly Sins make their task a bit more complicated- and Dante lovers will not be disappointed! 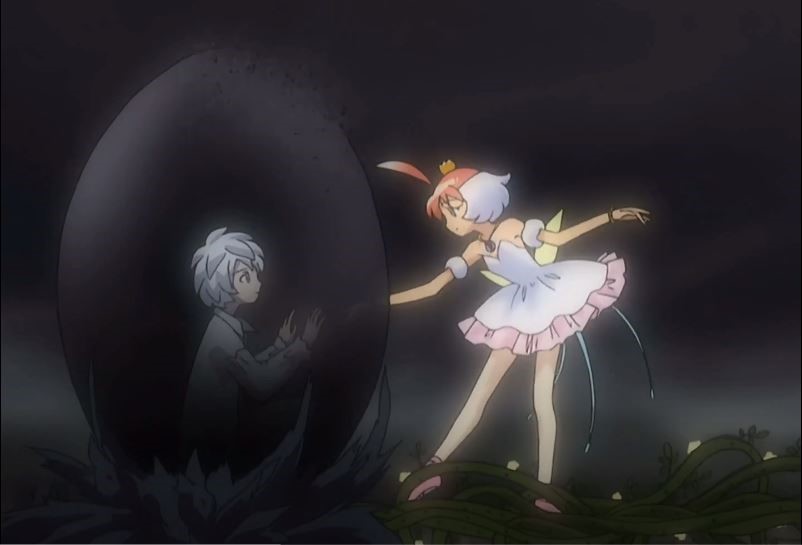 3

Ahiru transformed into the magical prima-ballerina Princess Tutu, attempts to bring Prince Mytho out of darkness, though they may never be together
Still from the show 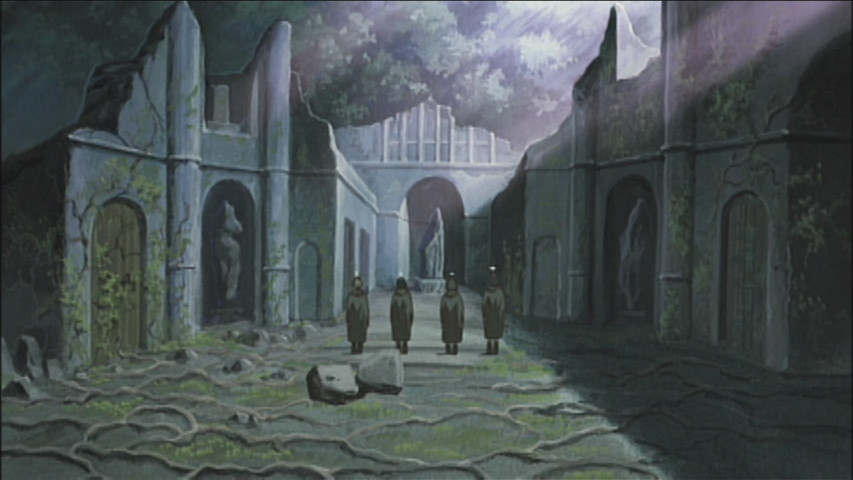 4

Four Haibane gather after Kuu's Day of Flight, when a Haibane is freed from her mortal body, disappearing into a streak of light that shoots through the sky. The Haibane believe that it is a joyful day for those who take flight, but it leaves Rakka inconsolable, as she cannot come to terms with the loss of her friend.
Still from the show

If you’re a fan of Tchaikovsky, ballet and stellar storytelling, Princess Tutu will satisfy your imagination as much as it does your eyes and ears. The clumsy, sweet and gentle Ahiru may not be your everyday protagonist, especially because she really is just a duck, transformed into a human girl by the mysterious storyteller Drosselmeyer. With the help of a pendant, she can transform into a talented ballerina, and uses her ability to relieve people of their inner turmoil. She accepts the challenge of finding the pieces of the prince’s heart, as he had shattered it long ago to seal an evil raven. Princess Tutu is a tale of heroes and villains their struggle against fate.

The slower pace and quieter nature of this anime lends it a haunting feeling that will at once be unforgettable. One of the most beautiful, thought-provoking anime series in recent memory, the 13 episodes long series follows the story of the Haibane, a community of beings resembling angels, who live in a place called the Old Home in a walled town which no outsider can enter, and from where no resident can leave. Rakka is a new resident at the Home, who has just been 'born' from a giant cocoon (as all Haibane are born), has no memory of her past, and is brimming with questions of her birth and purpose.

A lesson in thought about the afterlife, the content ignites a never-ending debate which the Haibane themselves face, as do viewers- who are we, and why do we exist? Does it all end when a person dies? Haibane Renmei seeks not to answer these questions, but rather to help you find the answer for yourself. This Yoshitoshi ABe masterpiece, which was inspired from Haruki Murakami’s Hard-Boiled Wonderland and the End of the World, explores the interrelationship between guilt, forgiveness, and friendship, and will help you seek answers to the elusive.

“To know your sin is to have no sin.” 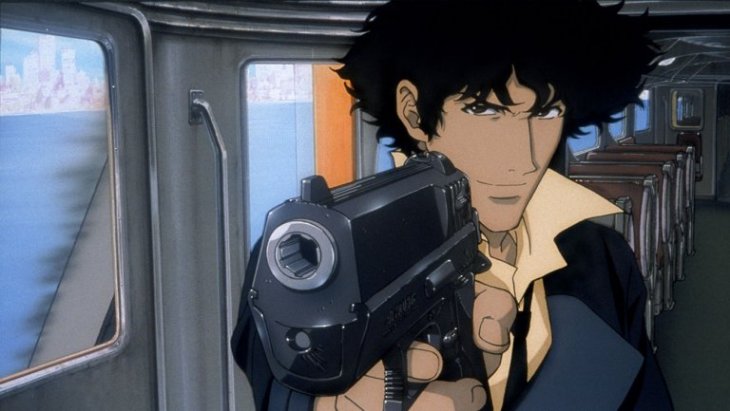 Since it first aired in 1998, Cowboy Bebop has grown into its cult classic status as it captures the harsh reality of what a future society could be, spiced by some amazing music and fresh characters. It’s a sci-fi, bossa nova/blues/jazz-inspired adventure that follows a ragtag crew of bounty hunters on the run from their pasts, hunting down some dangerous criminals in the solar system. Join Spike Spiegel, who has some kickass martial arts skills, along with his partners Jet Black and Faye Valentine as they go from job to job, and keep you glued to your earthly seat so bad, you want to press and intergalactic eject! Peel away the bio-modified superhuman clowns, eco-terrorists and cult leaders and you'll find the characters are closer home than you think, navigating the present but saddled with by their pasts.

What's refreshing is that 'adult' lessons of heartbreak, trauma and abandonment are not sugar-coated, but presented in all their honest, stone-cold glory. The anime presents a heavy reminder that even though one may have the love and support of others, there are certain moments in life that you must face head on just by yourself. You’re all you have, after all! 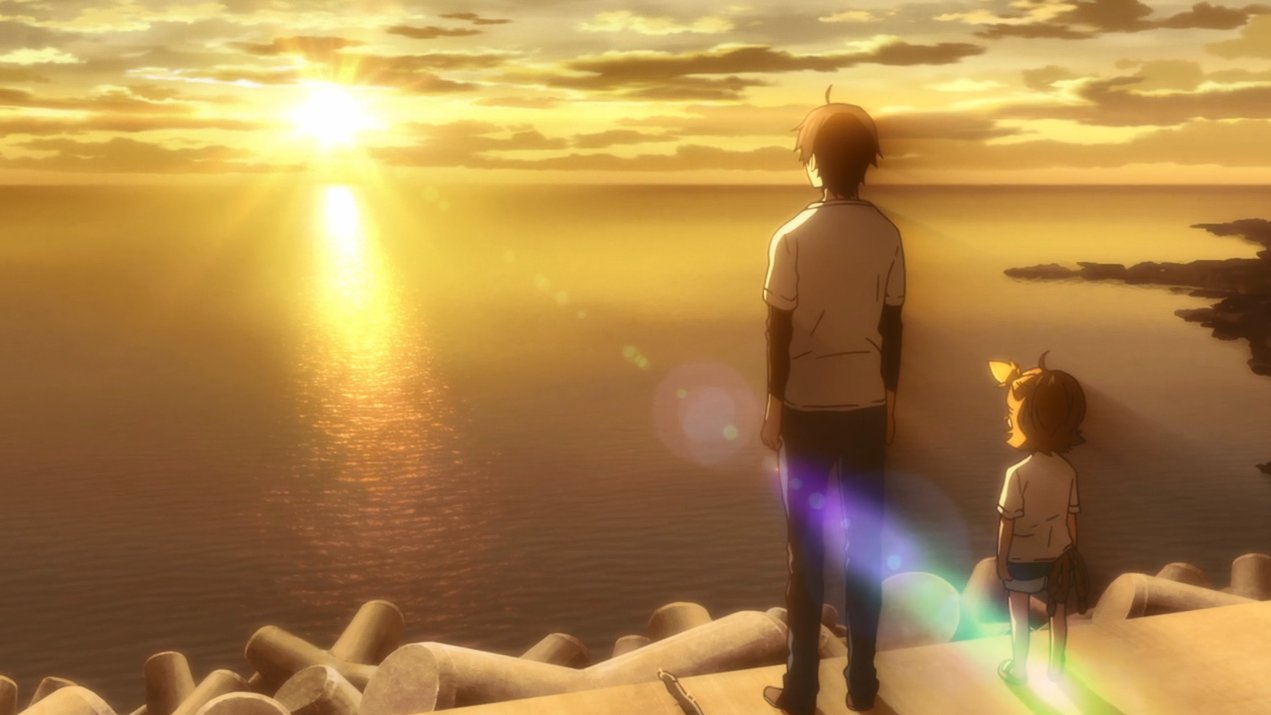 6

Seishuu Handa, or Handa-kun as he is known, stands with little Naru, whose school he takes up teaching in, where the children grow to like the socially awkward calligrapher. Handa-kun was forced to move to the Goto Islands at the insistence of his father after he punched a respected critic for insulting his work.
Still from the show

After a hard day’s work, rest your worried head with Handa-kun and little Naru for some laid-back living on a remote island. An artist and city-slicker Seishuu Handa exiles himself to the Goto Islands after an unpleasant encounter with a critic, and is eventually befriended by the villagers and adopted by the local children. There is no mystery, thriller, suspense, murder or any real conflict. This is Handa’s intrinsic journey that makes him rethink his notions about life and his art. This ‘slice of life’ comedy follows ordinary, everyday experiences of people, taking you deep into the idyllic countryside of rural Japan. 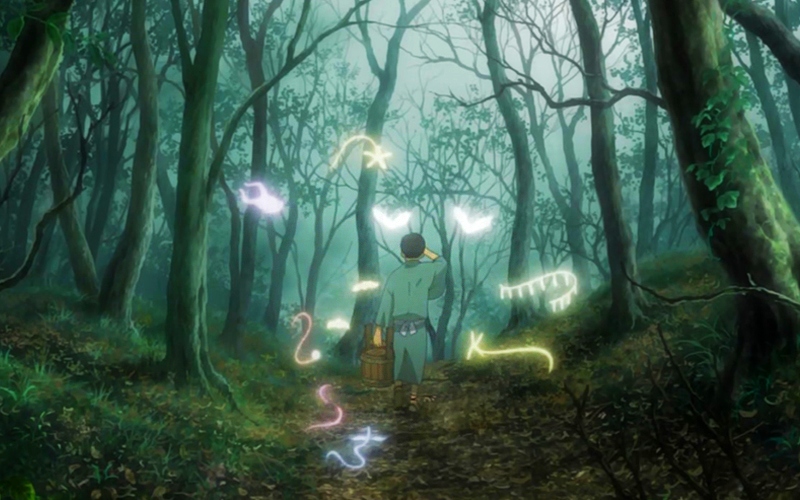 7

Tread between the living and the dead, the physical and the spiritual in Mushi-shi
Still from the show

Ginko is a special kind of ‘therapist’. He is a Mushi-shi, or a Mushi master- one who helps people with supernatural problems. Contemplative and realistic in its portrayal of human struggles, we not so much watch the story of Ginko himself, but rather explore the world with him. And forty six episodes later, you'll find that you have experienced them too. Entities called the Mushi, which are neither plants nor animals, and neither good nor evil, are the most primeval representatives of the life force that serve no purpose and pursue no goal, but exist simply in their state of being. Most people aren’t sensitive enough to see them, but trouble arises when Mushi and humans cross paths and interact in a sometimes benign, but at other times debilitating and possibly deadly way.

While Ginko generally attempts to offer a helping hand, he understands that change is not always possible or warranted, and that the first step to conquering one’s fear is to understand what lurks in the dark.