Aces from the blue-eyed star 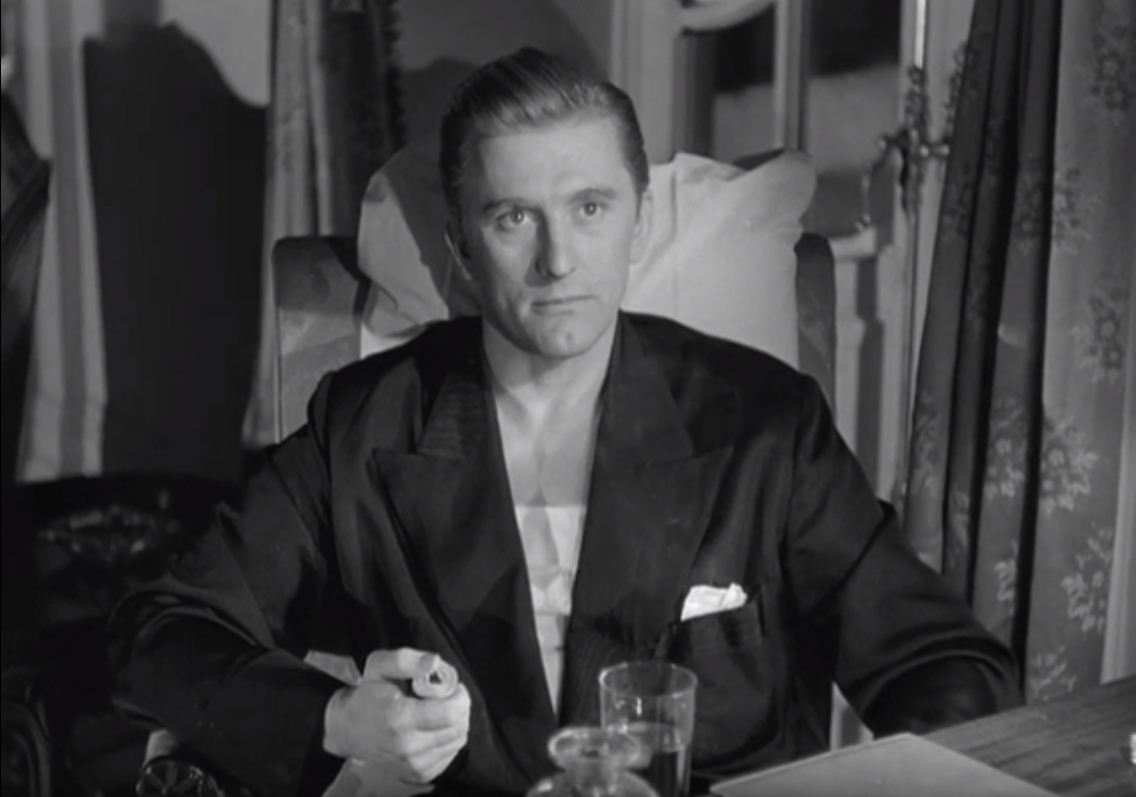 Douglas first showed his flair for playing strong but flawed characters in this Jacques Tourneur noir classic. Robert Mitchum was the lead playing a laconic, indifferent ex-private eye but Douglas was captivating as the suave but menacing businessman-gangster Whit Sterling. “Few movies use smoking as well as this one,” movie critic Roger Ebert wrote in 2004. “In their scenes together, it would be fair to say that Mitchum and Douglas smoke at each other, in a sublimated form of fencing.” 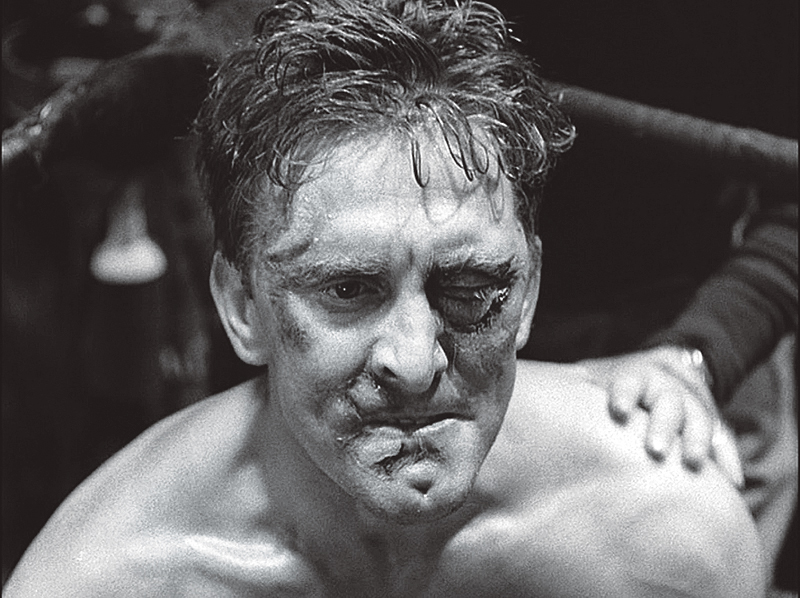 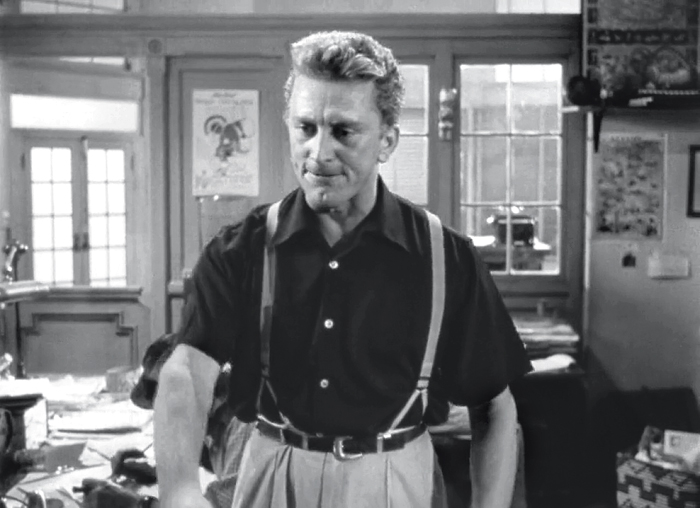 Billy Wilder directed one of Douglas’ boldest performances in this satire of rotten journalism and professional ego. Douglas plays Chuck Tatum, a skilled reporter with a drinking problem, who winds up in sleepy New Mexico and cons his way into a job at the local paper. Douglas as Tatum seems to relish every cynical one-liner as he pursues money and fame. 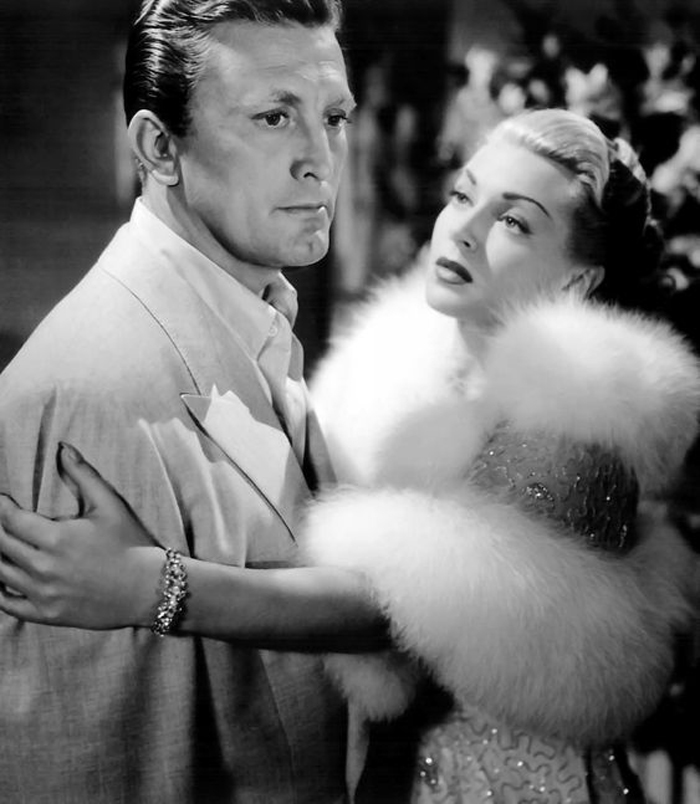 4

Kirk Douglas and Lana Turner in Vincente Minnelli's The Bad and the Beautiful (1952)
Pinterest/wehadfacesthen.tumblr.com

Douglas earned his second best actor nomination portraying Jonathan Shields, a ruthless but oddly sympathetic Hollywood power broker (some say it was part inspired by the movie mogul David O. Selznick) who takes under his wings an alcoholic actress (Lana Tuner) in this Vincente Minnelli-directed wink at Tinseltown. The film also holds the unusual record for most Oscars won (five) for a movie that was not nominated for best picture. 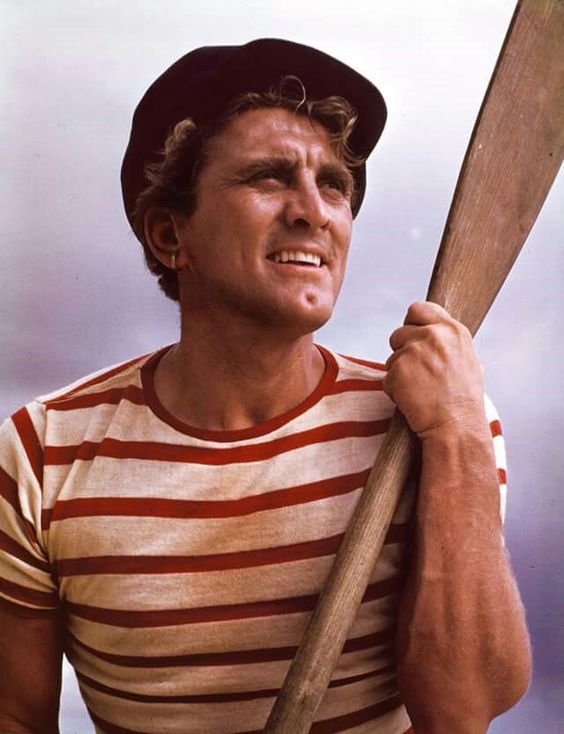 The movie that made Douglas (and James Mason) famous among kids. Douglas, Peter Lorre, and Paul Lukas played the hapless trio of seamen who, while investigating a string of mysterious whaling ship disappearances, are both shipwrecked and saved by Captain Nemo (Mason), an apparent pacifist who is actually behind the sinkings with the help of his futuristic submarine, the Nautilus. Douglas plays Ned Land, a master harpooner, and he also sings in the movie — A Whale of a Tale.

One of Douglas’ most anguished and sensitive screen works as he stepped into the mind of Vincent Van Gogh, a genius struggling with mental health problems. “Acting is make-believe. I never believe I’m the character; I want you to believe,” Douglas once said. “But with Lust for Life, I got so involved with Van Gogh… it really was frightening, because I felt like the character was overtaking me… ” 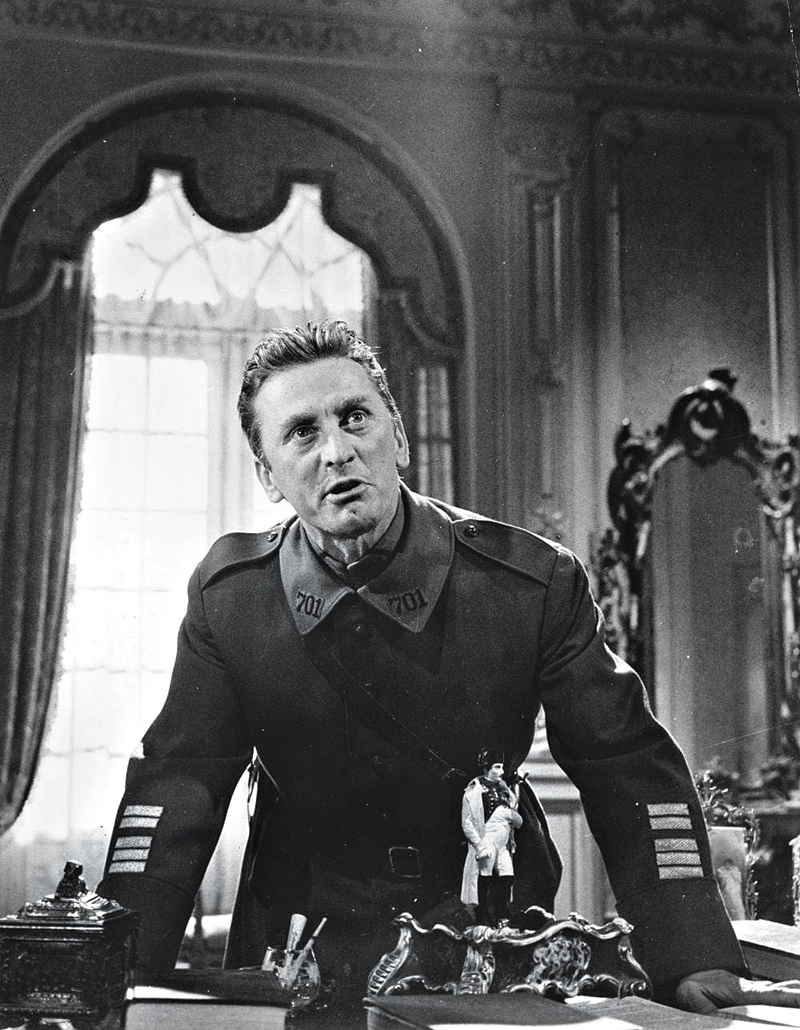 A young Stanley Kubrick’s searing anti-war classic focused on Douglas as Col. Dax, a French colonel in WW1 trying vainly to prevent the execution of three innocent soldiers accused of cowardice at a court martial. Like Sam Mendes’ 1917, Kubrick’s film is an intense depiction of trench warfare. 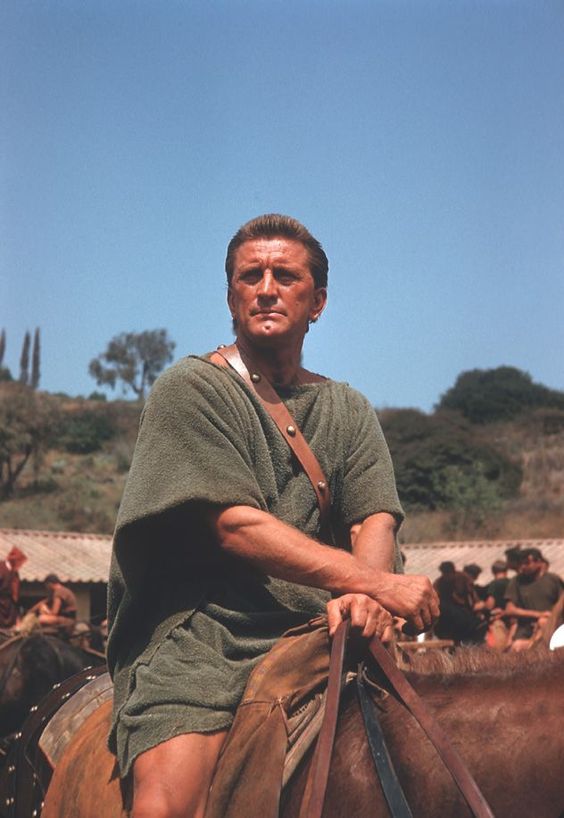 His third blood-and-thunder spectacle set in the ancient past after Ulysses (1955) and The Vikings (1958). Douglas, in the title role, leads his rebellious fellow slaves against the Roman legions (played by 5,000 Spanish soldiers) in his second collaboration with Stanley Kubrick. Spartacus was a smash hit and gave us one of the most famous scenes in movie history when all the slaves declare “I am Spartacus” — a statement of human solidarity and heroism. 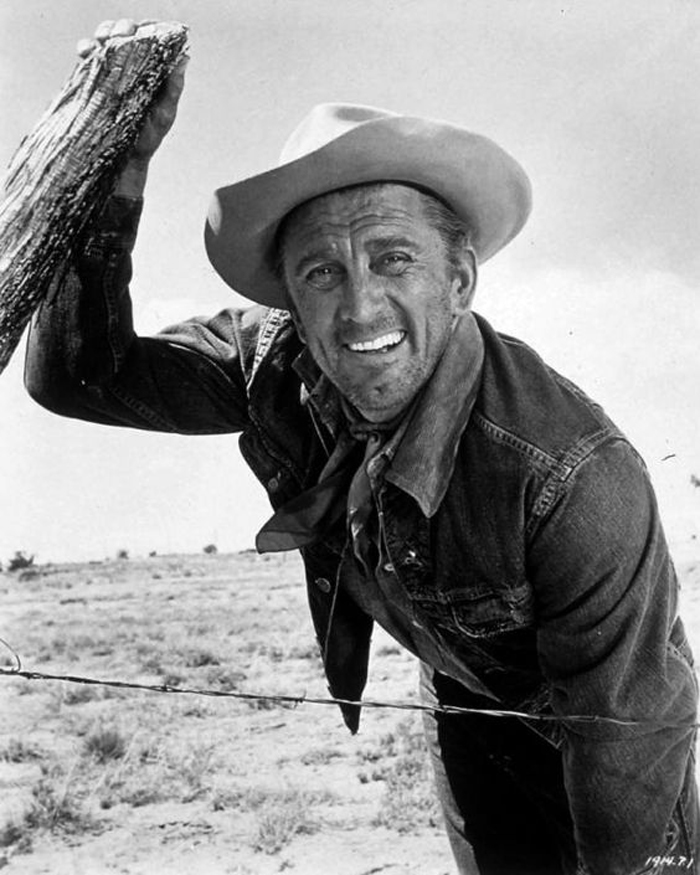 Douglas’ favourite movie, one he produced against the advice of many. His portrayal of Jack Burns, a cowboy with a rebellious streak who rides his horse Whiskey, is magnetic. He again got Dalton Trumbo to work on the script, based on the novel The Brave Cowboy. The movie didn’t fare well but 58 years on remains one of the bleakest westerns ever made which raises questions about heroism, modernity and society.

Some surviving artistes from Kirk’s time

Born 1914 in New Jersey, Norman Lloyd is possibly the oldest actor living in Hollywood today. Among his roles include a Nazi spy in Alfred Hitchcock’s Saboteur (1942) and the authoritative headmaster at the elite Welton Academy in Dead Poets Society (1989). Most recently, he starred in Judd Apatow’s romantic comedy Trainwreck in 2015 — he was 100 years old.

Born 1916 in Tokyo, Olivia de Havilland is best known as Melanie in Gone with the Wind. She won best actress Oscars for To Each His Own (1946) and The Heiress (1949). Was involved in one of Hollywood’s most long-standing feuds — with sister, Rebecca actress Joan Fontaine, who died in 2013 — with both reportedly not speaking to each other since the 1970s. Incidentally, Kirk Douglas’ daughter-in-law Catherine Zeta-Jones played Olivia in the FX miniseries Feud: Bette and Joan.

Born 1917 in Chicago, among Marsha Hunt’s roles include Mary Bennet in Pride and Prejudice (1940). She survived the McCarthy era blacklist

Born 1919 in Los Angeles, Marge Champion successfully auditioned for a live-action model for Disney’s first feature film, Snow White and the Seven Dwarfs (1937). She later modelled for Disney’s Pinocchio and Dumbo as well.