Advertisement
Home / Entertainment / Aamir Khan on the streets of Calcutta

Aamir Khan on the streets of Calcutta

We followed the star on the shoot of ‘Laal Singh Chaddha’

W ere you on or close to Howrah Bridge in the wee hours of Sunday and caught a glimpse of a man, sporting a full beard, running on it? Well, that was Aamir Khan.

The Bollywood superstar — who flew into the city on Saturday evening — canned some portions of the ‘running shots’ of his film Laal Singh Chaddha. The desi adaptation of the 1994 Holly classic Forrest Gump — that followed the personal journey of a simpletion with a low IQ through 30 years of tumultuous American history — has Aamir stepping into the protagonist’s role made memorable by Tom Hanks, which had won the actor an Academy Award.

At around 5.40am on Sunday, Aamir — who has bulked up for the part, like he did earlier for his turns in Ghajini and Dangal — strode on to the bridge, dressed in grey loose-fitting trousers and a purple T-shirt and sporting a white cap — and proceeded to film some shots of him running — a vital segment of the film, as it was in Forrest Gump — even as the crowd count swelled, waiting to catch a glimpse of the man.

At 10.30am, the action shifted to Sitaram Ghosh Street in north Calcutta. Aamir — now wearing a blush pink tee and cream-coloured trousers (right) — again shot some running scenes in a narrow alley, stopping every now and then to wave to the crowd and also oblige young fans with selfies.

The last time Aamir was in Calcutta for a shoot was a decade ago for a quirky promotional campaign for his 2009 film 3 Idiots. The star had first landed up at Sourav Ganguly’s doorstep to prank him under disguise and then shared a meal with the cricketer at his Behala residence. 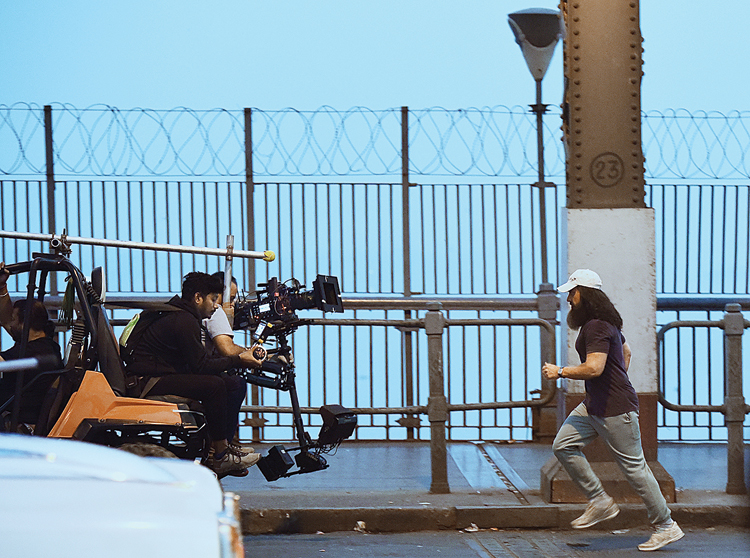 1

Aamir on Howrah Bridge during the shoot
B. Halder 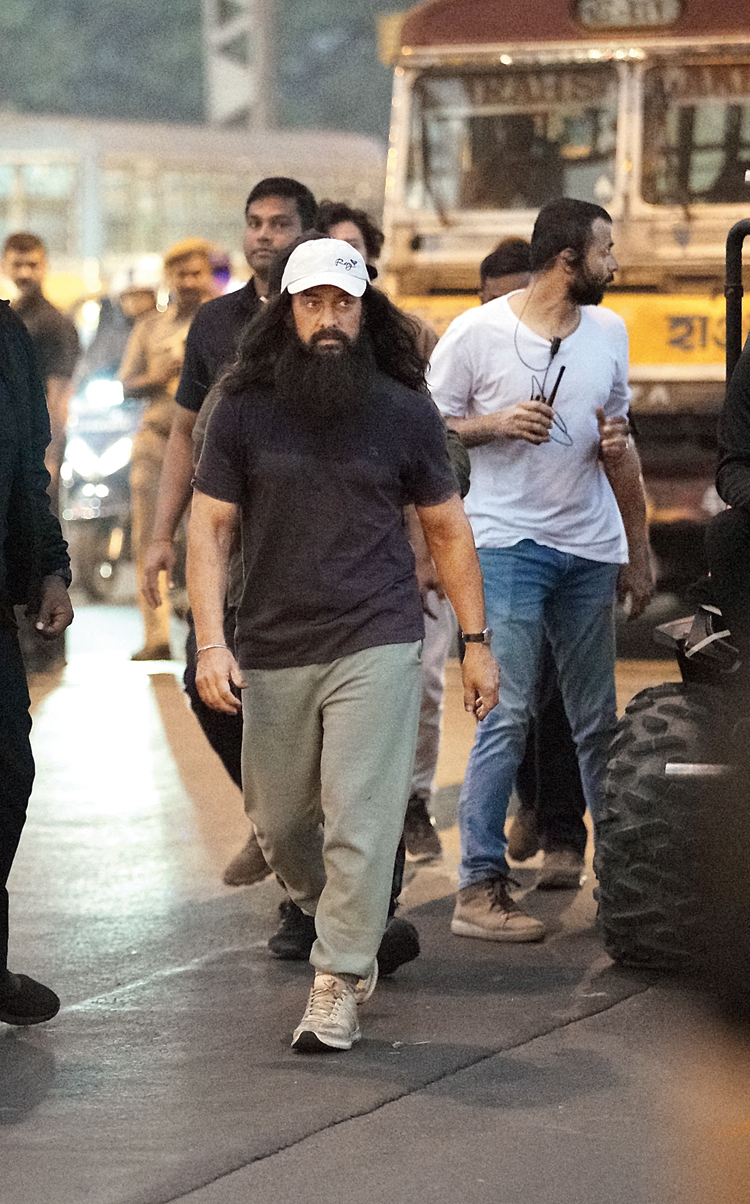 2

Aamir on Howrah Bridge during the shoot
B. Halder 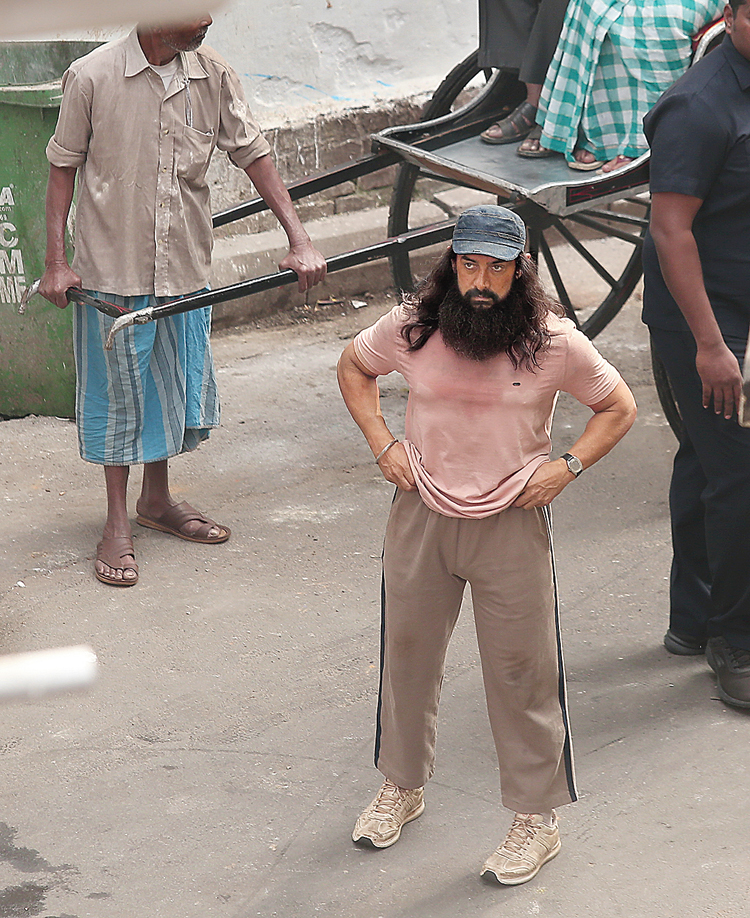 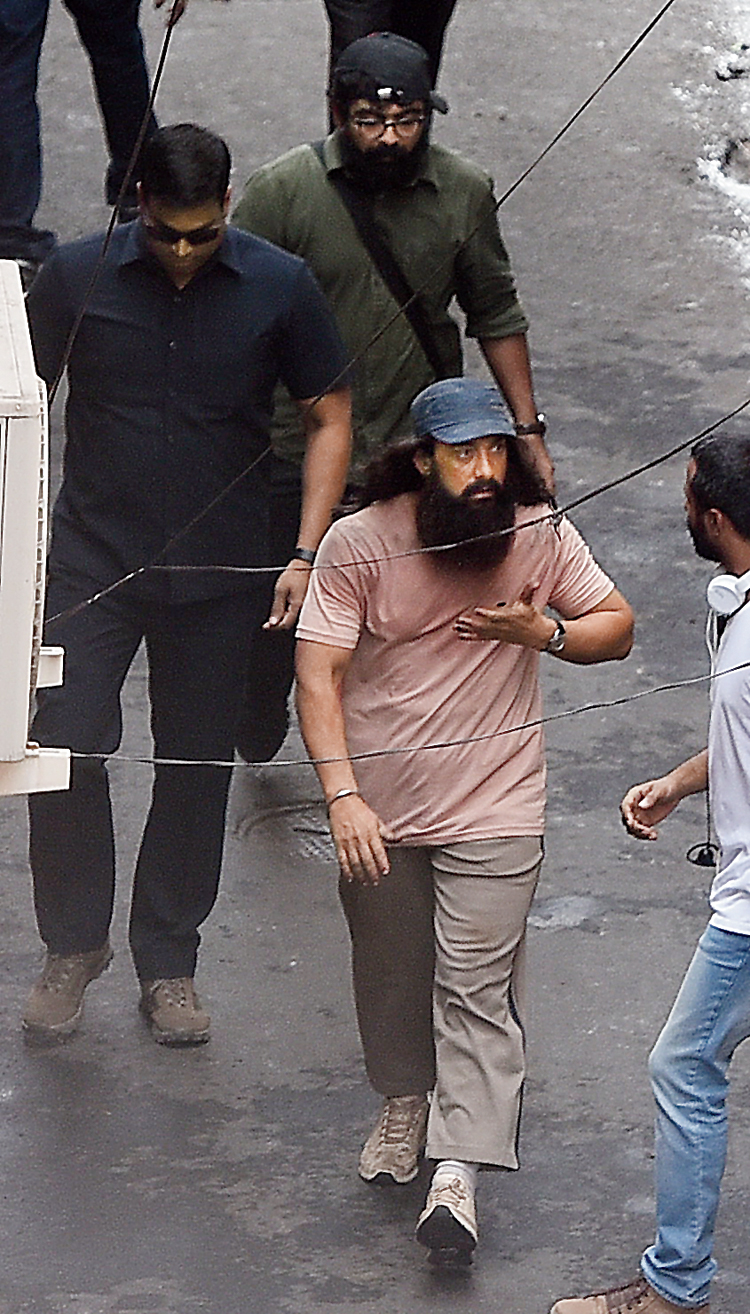 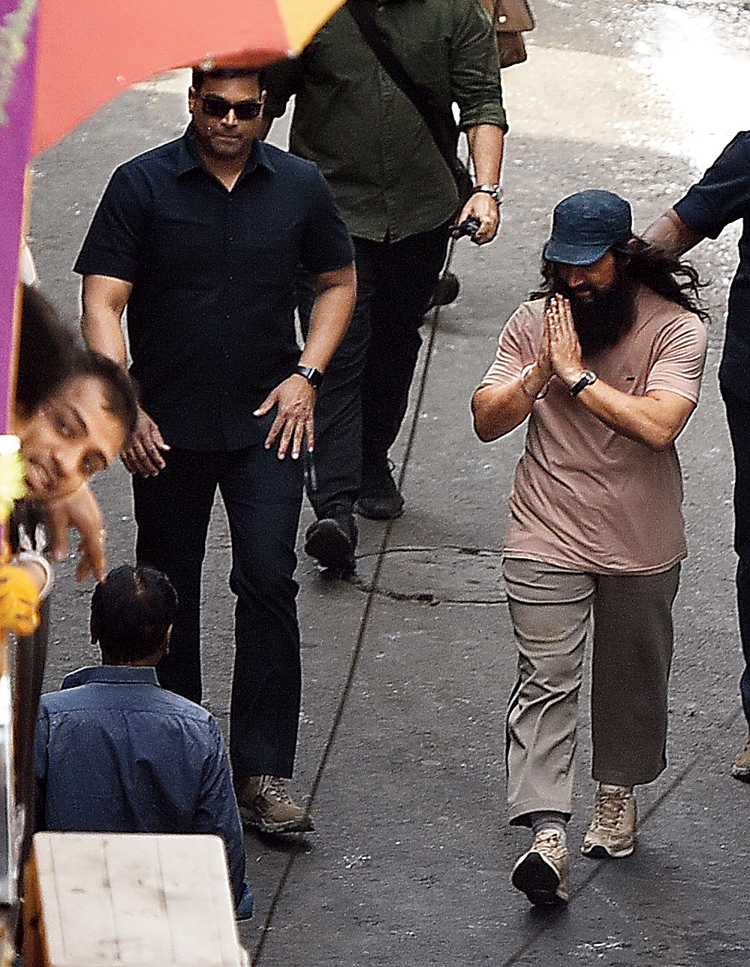