Multicultural art practices were in focus, projects pushing the boundaries of acceptance and politics could also be seen

Imagine the Mandovi river in Panaji with Goa’s heritage structures spread on the riverside providing the perfect canvas for the culmination of creativity. The recently concluded fourth edition of the Serendipity Arts Festival painted a picture on this canvas with their eight-day multidisciplinary creative extravaganza with a programming so nuanced yet extensive that it had something for everyone. With 12 diverse venues housing over 95 projects ranging from art exhibitions and installations to live performances and workshops, the Serendipity calendar is always one to look out for.

While multicultural art practices were in focus, projects pushing the boundaries of acceptance and politics could also be seen, making this multihyphenate in the truest sense. We tried to pack in as much as we could over two nights and here are our highlights: 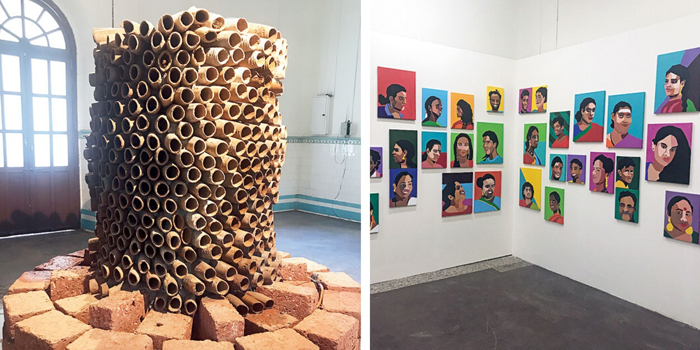 1

Imagine a cramped accommodation at Mumbai’s red light district of Kamathipura utilising a model of bunk beds, parallel to Ford’s automobile manufacturing unit for optimum spatial utilisation to solicit more customers and to underscore the transactional quality of their business. While you’re at it, imagine desi ‘Made in Munger’ guns made out of stolen cycle, car and plumbing parts that have become part of many a class war since the post-Independence era. Around 30 such genius indigenous inventions made up Sudarshan Shetty’s exhibit at Old Goa Medical College, curated with a focus on the relationship shared between “maker and object”. From inventions such as CoolAnt Coral by Ant Studio (left), which was a low-energy coolant made of terracotta cones to Aravani Collective’s People… Not Faces (right) that aimed to reclaim public spaces by using murals featuring faces from the trans community to spread awareness and consciousness about them, the project represented inclusivity and sustainability.
The Telegraph 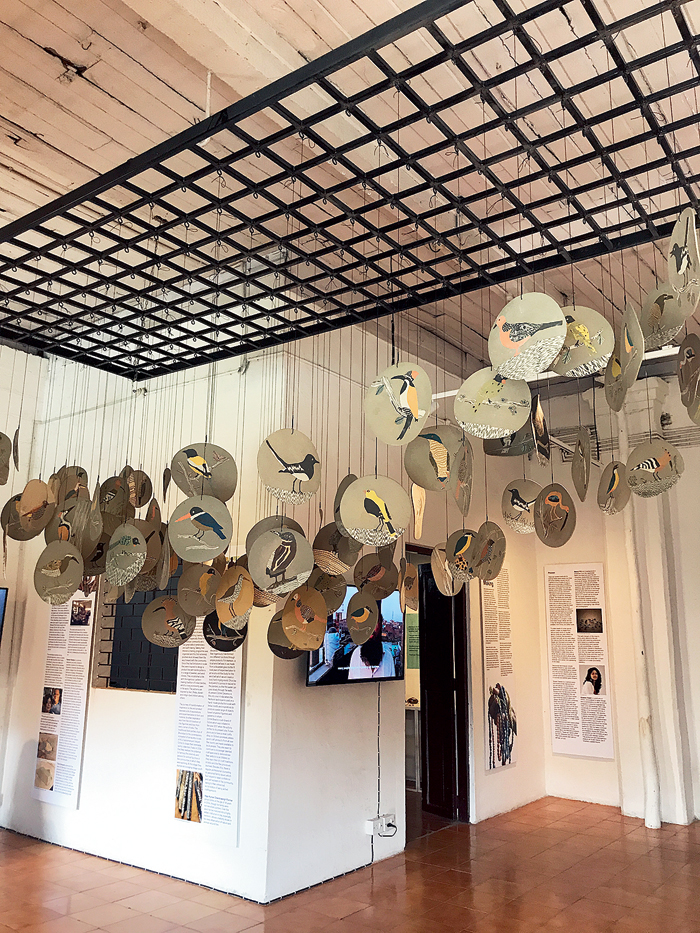 2

Kindling Change: Fired Material Design Intervention in Ceramics and Glass for Living Sustainable Craft, curated by Kristine Michael. Six installations in ceramic and glass make up this exhibition that was put up at the Old PWD Complex in Goa. The exhibition explored modernism in the arts through contemporary art and ceramic works (installations, text and films) and interjectional collaborations with craft-cluster communities. Kavita Pandya’s installation titled A Timeless Conference of Birds (in picture) featuring works in Nerikomi ceramics, coupled with sound by Farah Mulla’s Birds of Goa stood out for me.
The Telegraph 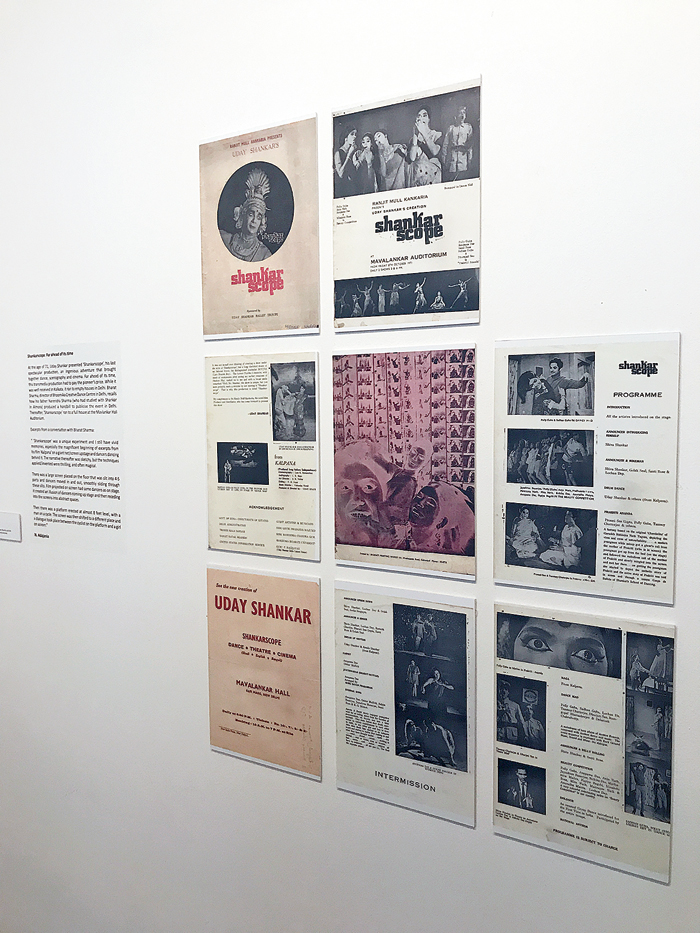 4

Cultural theorist and art critic Nancy Adajania’s exhibition at Serendipity was a culmination of her research and writings for “almost 20 years”. “Normally, what we are addressing are the dominant accounts of art history but in this exhibition what you’re looking at are the alternative accounts,” explained Nancy, when we caught up with her. Therefore it is no surprise that she has delved into “the wrong places” like the stories behind the Osaka Expo of 1970, nightclubs, the activist collectives, youth sub-cultures and interdisciplinary workshops and have woven the narrative with behind-the-scenes stories of what was and what could have been, taking into account even failed or still-born experimentations. Housed at the Old Goa Institute of Management, this exhibition tries to encapsulate the alternative art and new-media histories of India between the 40s and 80s. The exhibition began with P.C. Sorcar’s use of stagecraft and his knowledge of new-media and both Indian and western practices of his profession, and referred to his spectacular debut on BBC in 1956, when he left his Panorama live audience in suspense by seeming to be unable to saw his assistant back as a part of his magic trick, before his air-time ended — a wonderful coup for his times! Uday Shankar’s take on the classical forms of dance with his own cosmopolitan style and his progressive seminal film Kalpana showcased the brilliance of a man otherwise untrained in the arts. My personal favourites were the references to Delhi’s first discotheque, The Cellar, with regard to lensman Ram Rahman’s Flashbacks (left), wherein he used the psychedelic Cellar logo to create a photo collage; and India’s first psychedelic rock band (circa 60s) Atomic Forest’s inception and the story behind its nomenclature through lead guitarist Neel Chattopadhyaya’s old sketches and drawings (right).
The Telegraph
Art Serendipity Arts Festival P.C. Sorcar
Share
Advertisement
Advertisement