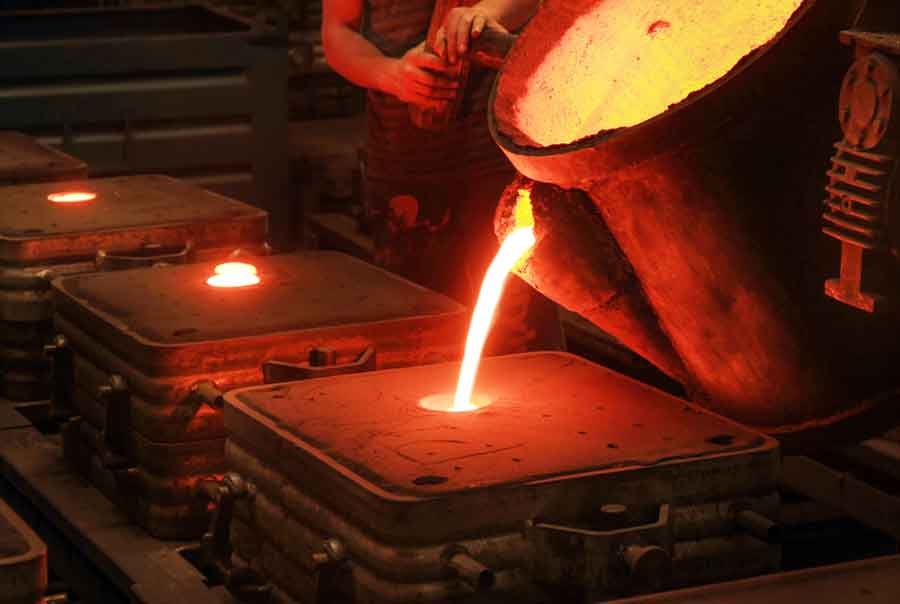 While Bengal has an edge in railways and sanitary castings, the northern cluster in and around Ludhiana has high dependency on the tractor industry.
Shutterstock
Our Special Correspondent   |   Calcutta   |   Published 28.09.20, 03:28 AM

Changes in the global supply chain forced by the pandemic could bring Rs 600 crore worth of additional business opportunities to foundries based in Bengal, a section of the industry claimed.

Units located in the state are large suppliers of sanitary casting, which primarily comprised manhole cover, to the United States and Europe. Industry representatives said the local units already received at least 1 lakh tonne of additional order this fiscal.

They cite two primary reasons for the bounty. Dependence on China, which meets 35 per cent of global casting requirements, is gradually declining. India, which produces 12 per cent of the world production, stands to gain most from such disruption.

“Foundries in the US depend a lot on Mexican migrant workers. Similarly, units located in the western Europe hire many people from the eastern Europe. Many of these units are not operating to the full strength as a part of the migrant workers have gone home. As a result, import orders to India has gone up,” Vijay Shankar Beriwal, national president of the Indian Institute of Foundrymen, said.

Even as the jury is out whether the shift in procurement practice from China to India would be a temporary one, industry hoped it would be permanent.

If this plays out as it is happening this fiscal, Bengal would stand to gain.

The  foundry park at Ranihati, Howrah, may be a reality after a decade of struggle. Even though only six units have started work, expectation is that at least 100 more will set up shop in the next 2-3 years.

There are four major clusters in the country, each focusing on specific sectors of the industry. While Bengal has an edge in railways and sanitary castings, the northern cluster in and around Ludhiana has high dependency on the tractor industry. The Coimbatore belt in the south focuses on the two-wheeler and the commercial vehicle sector.